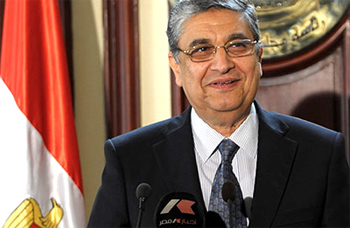 Egypt’s electricity prices began to rise this month under a plan to eliminate power subsidies within five years, the electricity minister said, as the government seeks to cut a gaping deficit and reduce its reliance on Gulf states’ aid.

The plan will see electricity prices double over the five- year period, but the introduction of a more progressive pricing structure aims to reduce the burden on the poor in a country where one in four live on less than $2 a day.

Artificially low prices for energy – among the lowest in the world – mean government appeals to conserve electricity have gone unheeded, while a gas supply crunch has caused daily blackouts across the country.

Electricity Minister Mohamed Shaker said the average price for a kilowatt hour would reach almost 0.51 Egyptian pounds ($0.07) after gradual increases over five years, according to the state news agency. It is currently around 0.23 pounds.

The move was a first step by new President Abdel Fattah al-Sisi’s government in what is expected to be a range of politically sensitive reforms to a subsidies programme that also includes fuel, transport, food and agriculture.

The state is trying to repair its finances, battered by more than three years of political turmoil, without provoking a backlash from Egyptians, who have helped topple two presidents since 2011 but have yet to see improvements in living standards.

Prices of gasoline, diesel, fuel oil and some other fuels as well as gas feedstock for factories are also expected to rise in days, Planning Minister Ashraf al-Arabi said on Wednesday, without specifying the extent of the increase.

The government has not set a date for other energy price increases, but lines at some Cairo petrol stations in recent days suggested residents were beginning to stockpile supplies before the expected price increase.

The oil ministry urged Egyptians to refrain from hoarding gasoline and accused some of trying to create an apparent shortage in order to profit through a black market for fuel.

Carrying out the announced subsidy cuts will be the government’s next challenge, said Simon Williams, chief economist for the Middle East at HSBC.

“In and of itself, [the announcement] won’t make a major difference,” he told Reuters. “But policy is all about momentum and direction, and what we are seeing at the moment suggests the new government is serious about reform.”

Egyptian businessmen and foreign investors have regularly cited subsidies reform as a key obstacle to winning back investments to the most populous Arab state.

Egypt’s cash-strapped government plans to spend about 127 billion Egyptian pounds ($18 billion), or around 16 percent of its budget, on petroleum and electricity subsidies in the 2014/15 fiscal year.

Shaker said the reform plan would enable the government to start turning a profit from electricity within five years. The state currently sells electricity for less than half its production cost.

“The step to revise the structure of electricity prices was taken considering that the electricity sector suffers from financial paralysis,” an electricity ministry statement said.

It said the high costs of subsidised power had caused neglect of maintenance work and badly needed increases to the grid’s capacity.

Egypt needs to find at least $5 billion to invest in its dilapidated power grid, a government official told Reuters in April.

Tunisia crumples under the weight of its trade deficit (BCT)