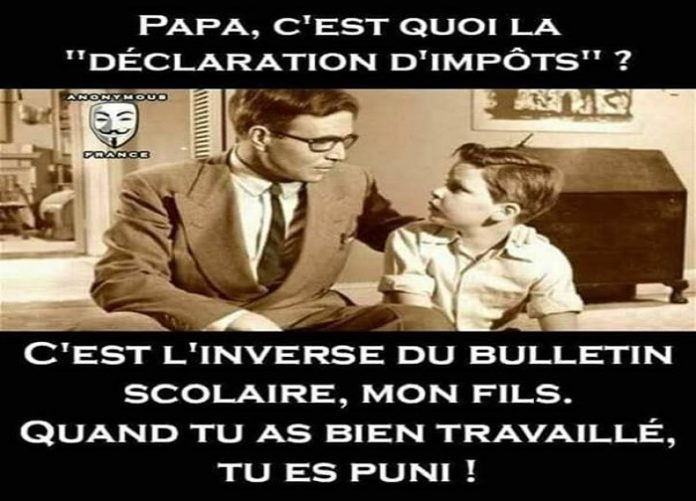 There is almost no doubt that one of the main features of the year 2018 was the fiscal heat that characterized it.

It has burned and burns all the prices on its passage and spares nothing and nobody, and everyone is unhappy with this upward trend that eats the purchasing power of the citizen and eat away at corporate margins.

This is, especially since taxation is, for a few years, used only to pay salaries and close the gaps in the balance sheets of the entire state. In recent years, the tax has been losing all impact on the quality of life, purchasing power, infrastructure and the cost of the factors of production of industrialists and almost all economic operators in Tunisia. And some have already announced tax dissent, while other powerful trades, such as lawyers and doctors especially, have already put tax disobedience into practice.

This is without mentioning the informal sector, which thus leaves the only formal sector in the hands of the tax authorities.

For Walid Belhaj Amor, operator in the service sector, “the problem is quite simple. A number of sectors suffer from regulatory pressure from the foreign exchange and tax code.

The question is to know whether we want to make economic migrants tomorrow. Today, we have the opportunity to create a subsidiary in Mauritius, to house all our export contracts and make the Tunisian headquarters a mere cost center, where we produce and bring back only wages”. The businessman got upset by saying that “at a certain point, faced with mismanagement, economic patriotism has limits.” 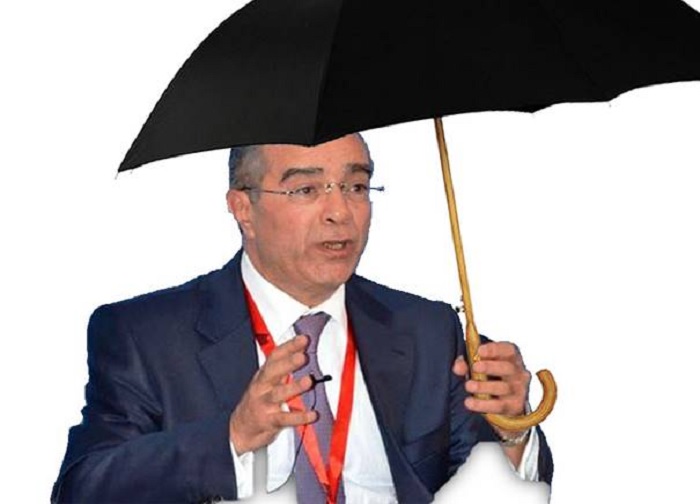 Africanmanager brought the grievances of these promoters, dissatisfied and fulminating against the Tunisian taxation to Faisal Derbel, adviser to the Prime Minister in the file of tax reform.

And when we ask him if he has heard these reactions and if he has gauged the discontent of economic operators, Derbel replies that “people are neither happy nor dissatisfied, but are not quite satisfied with results that we have arrived at and expected the reform to reduce the tax burden and a very important and very broad simplification of the procedures.

That’s what the head of government promised, and that’s what is being done. “

For the former illustrious chartered accountant and influential member of the Higher Council of Taxation, “We cannot say that the reform is incomplete, because the reform is not a one-off event, but a process.

It is a whole evolution in time starting from an observation. And if the participants [Business Days in Sousse) are not completely satisfied with the result, it is simply because there has indeed been an increase in the tax burden, and a certain complication of procedures. But there were choices to be made.

The adviser to the Prime Minister pointed out that “we must control the debt and all this requires own tax resources. These tax resources gave rise to an additional position and cyclical contributions. Now we have stabilized the budget deficit. We will therefore return to reasonable levels of taxation.

He even says that “we have already started to practice this policy from 2019, since there has been no increase in taxes. I repeat that it is the only finance law that did not provide for tax increases.

And yet what we could call the fiscal heatwave of 2018 persists!

This is not a heat wave, it is just an increase, important but cyclical, of the tax burden to cope with the increase in the budget deficit.

Why would you, as a businessman present in the Business Days did, pay more taxes, even though these same taxpayers have not seen anything changed in all the reasons for paying taxes?

It is to protect us against terrorism. This is because the budget of the Ministry of the Interior and Defense have been multiplied by five.

And because the payroll surges to infinity too, taxpayers will tell you!

The payroll has surged, because there have been recruitments, because you have tens of thousands of construction workers … This has been inherited. What do you want us to do?

Currently the tax authorities are punishing people to correct the mistakes of former officials?

It’s possible. But the bottom line is that today we are in front of a situation that needs to be corrected and we are correcting this situation.

And what does the government do with the principle of tax fairness?

Tax fairness is everyone’s ability to contribute. These capabilities also take into account the company’s contribution to the development effort, export, and employment. We do not have to tax everyone at the same rate. Annuity activities must be more taxed than industrial enterprises

that are still at greater risk, whereas someone who has a card and who is marketing goods, equipment or vehicles does not have the same risk that the industrialist.

So, we cannot tax everyone in the same way.

But why giving priority to the industry, which still remains a niche in the entire fabric of companies?

No. We encourage the industry because we need the industry because it is adding value, recruiting and exporting. And in any way at the level of the sectors that have been identified, it is not immutable. That is to say, we can always modify, add other sectors and we will probably add.

The bosses and their UTICA, including manufacturers do not agree!

We mentioned above the “fiscal heatwave” of 2018. Will there be a lull in taxation?

Yes, and this is for the first time in 2019 since 2009, the 2009 Finance Act and even before; there was no finance law that did not institute new taxes.

You spoke in your remarks to the Business days of tax shield. What is it exactly?

Yes we are thinking about the opportunity or the possibility of instituting the tax shield. That is, a tax ceiling that the taxpayer cannot exceed.

Would this tax contribution cover everything?

The tax shield is an amount in percentage of tax revenues that cannot be exceeded. That means between direct tax, income tax, wealth tax, registration if you have bought a property, you cannot exceed for example 30, 35 or 40% of global income.

You have what is called the tax liberation, it is the date from which one begins to work for oneself, that is to say to no longer pay tax.

To be simple and clear, if for example I pay 50% of my income in the form of tax, the tax release is the first of July. That is to say that you work from the first of January to June 30 for the state.

Beyond that, you work for your own account. We are currently reflecting on this and we will make proposals.

Tunisia : «The share of Tunisian suppliers and equipment providers will...