Tunisia: tourism revenues down 56% to 1.2 billion dinars at end of July

Tunisia 4th democratic country for Americans to move to after pandemic 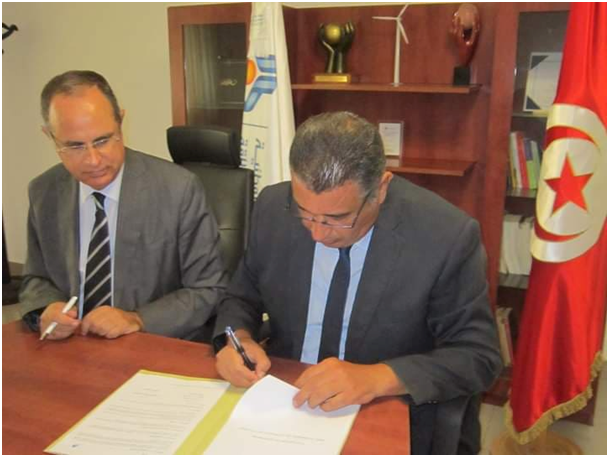 The National Agency for Energy Management (ANME) and the “Agence Immobilière Industrielle” (AFI) signed, on Wednesday, August 21, a partnership agreement in the field of energy control.

The agreement essentially concerns several areas of common interest, such as the promotion of shared production and distribution in industrial zones, the encouragement of electricity production from renewable energies to cover the energy consumption of public lighting of industrial areas.

There is also talk of promoting communication and awareness in the field of renewable energy and energy efficiency.

It is recalled that ANME has recently launched several awareness campaigns for the benefit of the citizens, whose objective is to rationalize energy consumption.

A strategy for energy control… Yes but how?

The national strategy for energy management by 2030 was developed on the basis of the results of the national debate on the country’s energy policy organized between the end of 2013 and April 2014.

The objectives of this strategy are to improve energy independence by reducing the consumption of fossil fuels and diversifying the energy mix, reducing the energy bill, through lower public subsidies and industrial development of energy-saving technologies, the reduction of greenhouse gas emissions and the creation of jobs and the preservation of the standard of living of disadvantaged households.

The two main thrusts of the national strategy are the reduction of primary energy demand by 17% in 2020 and 34% in 2030 and the development of renewable energies. The energy savings that would be achieved in 2030 should reach 6.5 Mtoe.

By 2030, 30% of electric power should be produced from renewable energies. Correlatively to these two results, a 48% reduction of greenhouse gas emissions is eyed.

It is structured around actions relating to all sectors, and more specifically industry, the tertiary sector and construction and forecasts energy savings of 51%, 26% and 25%, respectively, by 2020.

Tunisia 4th democratic country for Americans to move to after pandemic

Tunisia: the mining and energy sector is dying as protests weaken sector

The situation of the energy sector in Tunisia is going from bad to worse. For several years now, tensions have never completely...
Read more
Featured News

So he stays at the Speaker’s chair. What’s next?

The vote of no confidence in Rached Ghannouchi as Speaker of the Tunisian Parliament has ended. Things are certainly more complex, but...
Read more
Featured News

Tourists are back on Tunisia’s beaches after charter flights resumed to the North African country following a break of more than three...
Read more
Featured News

A country blocked… for 10 years!

The oil pumping is blocked, and the army is retreating in front of those who have once again closed the pumping station.
Read more
Featured News

The resignation of Tunisia’s Prime Minister, Elyes Fakhfakh, on 15 July raises the risk of a renewed political deadlock that will further...
Read more

Tunisia: “BH Assurance” improves its half-yearly turnover by 4% to nearly...

RSS Error: A feed could not be found at https://africanmanager.com/feed/. A feed with an invalid mime type may fall victim to this error, or SimplePie was unable to auto-discover it.. Use force_feed() if you are certain this URL is a real feed.

RSS Error: A feed could not be found at https://ar.africanmanager.com/feed/. A feed with an invalid mime type may fall victim to this error, or SimplePie was unable to auto-discover it.. Use force_feed() if you are certain this URL is a real feed.

Tunisia: “BH Assurance” improves its half-yearly turnover by 4% to nearly...