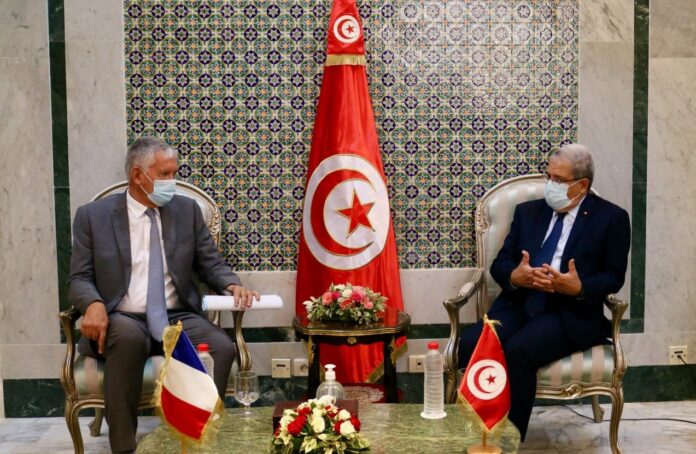 Minister of Foreign Affairs, Migration and Tunisians Abroad Othman Jerandi, on Monday, met with French Ambassador to Tunisia, André Parant, who reiterated France’s readiness to stand by Tunisia to help meet the economic and health challenges it is facing.

France hopes that Tunisia will uphold its democratic experience and meet the expectations of Tunisians, says a statement from the Department of Foreign Affairs.

For his part, Jerandi commended the level of bilateral cooperation, hailing France’s support to Tunisia in its fight against the COVID-19 pandemic, which, «lives up to the solidity and maturity of the links between the two countries.»

He referred to the current stage that Tunisia is going through, which was «dictated by the general situation of the country.»

The Minister indicated that consultations between President Saied and the various national actors are continuing, with the aim of putting an end to political tensions and relaunching the development process in Tunisia.

The meeting also tackled the preparations for the 18th Summit of the Francophonie, which will be held in November in Djerba.

It addressed regional political issues, such as the Libyan political process.

Both parties stressed the importance of helping Libyans implement the roadmap proposed by the United Nations, to restore peace and stability in the country.