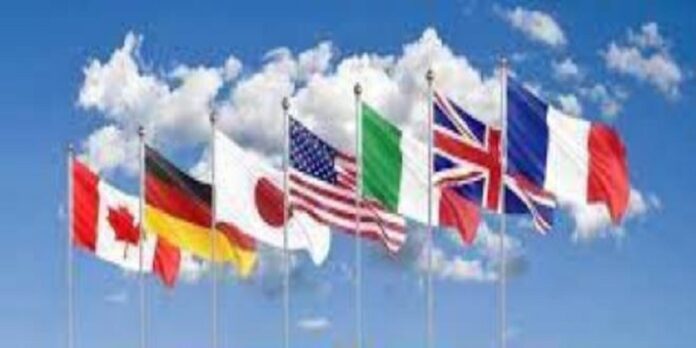 The G7 Ambassadors in Tunisia Monday stressed the need for «a swift return to a constitutional order, in which an elected parliament plays a significant role».

They also underline «the urgent need to appoint a new head of government to form a capable Government able to address the immediate economic and health crises facing Tunisia, creating space for an inclusive dialogue about proposed constitutional and electoral reforms.»

In their statement, the G7 Ambassadors in Tunisia reaffirmed their commitment to and respect for all Tunisians’ civil, political, social and economic rights, and to the rule of law.»

They added, « the sooner that President Kais Saied can convey a clear sense of the way forward that responds to the needs of the Tunisian people, the sooner Tunisia can focus on tackling the economic, health and social challenges facing the country.»

«The Group of Seven remains committed to ensuring that shared democratic values remain central to our ongoing relationships», they concluded in a statement published on social media pages of the embassies of the United Kingdom, Italy, Germany, Japan and the United States in Tunisia.

On July 25, President Kaïs Saïed decided, on the basis of Article 80 of the Constitution, to dismiss Prime Minister Hichem Mechichi, to suspend parliament for 30 days and to lift the immunity of all members of parliament.

Even before the expiry of this deadline, Kaïs Saïed issued a presidential decree on the evening of August 23 extending the exceptional measures concerning the freezing of parliamentary activities and the lifting of the immunity of all deputies “until further notice.

The G7 is a discussion and economic partnership group of the world’s seven advanced economies: Canada, France, Germany, Italy, Japan, the United Kingdom and the United States.

Tullow Oil: Ghana has so far produced over 22 mln barrels...