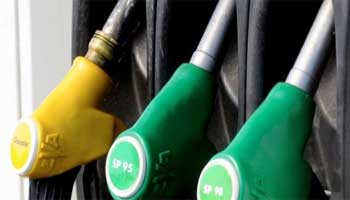 Obviously, the Tunisian government shows no willingness to reflect the continuing decline in global oil prices on the local market. We even heard its Finance Minister, compelling and sententious, recently saying that “there will be no decrease in fuel prices in 2015,” while a few days ago there was much talk about a decrease of 50 millimes per liter for gasoline and 30 millimes for diesel.

At first glance, we note a touch of intransigence that consumers would hardly understand while all analyzes; including those of international institutions such as the World Bank and the International Monetary Fund, argue emphatically for the contrary.

The Tunisian government has probably its own reasons to keep prices at the pump in the state, has the Minister of Finance not argued that the issued is addressed strictly from economic point of view away from political calculations. But the question arises: where have the gains reaped by plummeting global black gold gone. Many sources point out that they have funded wage increases decided by the government, against its will, for the benefit of public sector officials.

The fact remains that a readjustment of domestic prices will eventually be on the agenda of the government. This will be through a mechanism on which are currently working the ministries of finance, trade and industry, under which fuel prices in Tunisia will automatically decrease and increase according to price fluctuations on the world market. However, there is one slightly sour note; this mechanism could be implemented only as from 2016, because, it is noted, the decision could not be unilateral and would be discussed with the different political parties, national organizations and components of civil society to reach a consensus on this subject.

The International Monetary Fund does not see this perspective that way. On Wednesday it “ordered” the Tunisian government to design, and urgently an “automatic fuel price formula to allow for a much needed decline in domestic retail fuel prices, which are currently above international levels for some products. “

Without speculating, we know for now what fate will be reserved by the Tunisian government to this order.

It has to be remembered that this is not the first time that the Tunisian authorities are called to move in this way. In late January 2015, the World Bank noted that “the decline by more than 50% of world oil prices – which have fallen from $ 115 a barrel in June 2014 to less than $ 50 today – will have significant consequences for countries in the Middle East and North Africa (MENA). According to the Quarterly Economic Newsletter MENA established by the World Bank, oil importers that should post gains include Jordan, Tunisia, Lebanon and Egypt. Trade balances of these countries could improve by up to 2% of their GDP.

The same World Bank recently took up the issue for the second time to “get the nail in the wood” in some way by declaring that “the full and complete return of Iran on the oil market, after the effective lifting of Western sanctions, will have a considerable effect on the world oil market. ” This return will result eventually in an “increase by about one million barrels daily oil production, reducing the barrel price by $ 10 next year.” It, particularly, says that “oil-importing countries in the region, such as Egypt and Tunisia, will benefit from lower prices on world markets.”

One then expects a greater abundance of black gold on the market, already depressed by a drop in demand. A growing imbalance between supply and demand should logically result in a significant drop in prices. Indeed, they have dropped this week, with the market falling to its lowest level in six and a half years in New York, as it was not enthused by lackluster figures on the US offer. The price of a barrel of light sweet crude (WTI) for October delivery lost 71 cents to 38.60 dollars on the New York Mercantile Exchange (Nymex), forty cents above its lowest closing level since February 2009.