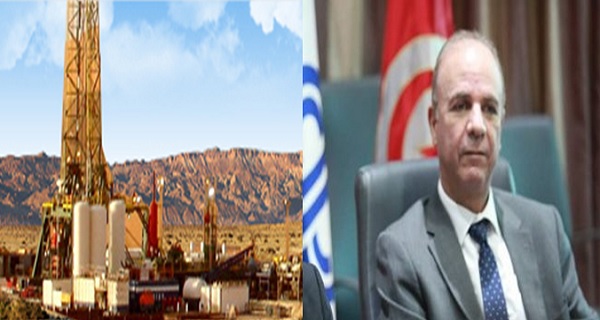 ETAP, a Tunisian public company created in March 1972, is notably specialized in the “promotion of the hydrocarbons sector in Tunisia, studies on the development of discoveries, the development of oil and gas production, of which ETAP is a partner, the promotion and development of marginal fields and the supply of the national market with natural gas and crude oil”.

The company is currently working on the natural gas project “Nawara”, and CEO of ETAP assured Africanmanager that it entered into production this month of February 2020, in addition to the project “Zarat” in the Gulf of Gabes and the field “El Manzil”, which will be launched soon and will provide 15 thousand barrels of oil per day, Mohamed Ali Khalil affirmed.

And to do more, ETAP is preparing to restart the oil fields 100% owned by itself and abandoned by other private operators, especially the offshore field “Didon” which has been closed since 2017 by PA Resources and that will serve as an experiment of restart.

“This will be the first project of this type for the company as an operator”.

The ETAP would be better, had STEG paid its debt

The public oil operator, which is working on its transformation into “ETAP Operating” and is preparing a roadmap to become an international operator that will have the right to prospect outside Tunisia, would not have any particular financial problems.

Khalil added that “if there are problems, it is notably due to the non-reimbursement of the outstanding debts of the Tunisian STEG Company (Electricity and Gas Company), because of the financial problems encountered by this public company”.

The CEO of the state-owned company remains discreet about the amount of these unpaid debts and the finances of his company which, as it is known, is itself on the list of public companies in difficulty dealt with by the minister in charge of major reforms.

What is almost certain is that STEG will not pay ETAP any time soon, as it is itself suffering from huge debts to other companies.

For the moment, according to the CEO of ETAP, “the main role of the company remains to attract investors, so that Tunisia can also be a partner with them in their major projects”.

He said, however, to have put in place a strategic plan covering the years 2020 to 2030, which concerns four axes.

The first is to re-launch exploration activities. The second is to increase production, the third is to work on restructuring the company, and the fourth will be cost control.

On the first axis, ETAP intends to re-launch the marketing of vacant research blocks, and “2019 is considered an exceptional year in the field of prospecting, where 6 exploration concessions have been granted, in addition to 4 other permits pending approval by the House of Representatives,” Mohamed Ali Khalil told Africanmanager.

He went on to comment that “this number of permits is a positive indication, as it suggests a return of confidence of foreign investors in Tunisia, which has not granted any exploration licenses in 2018”.

To do this, ETAP says through its CEO that it has adopted a new methodology in the field of promoting vacant blocks to foreign investors, improving quantitatively and qualitatively its participation in dedicated international meetings, and dealing directly with the joint chambers between Tunisia and the rest of the countries.

“This reflects our intention to move towards economic diplomacy,” says Khalil, trying to give a political meaning to the new approach of ETAP.

Tunisia will work to win back investors’ confidence (new Industry...