HomeFeatured NewsTunisia-IMF: they talk, without breaking off, while waiting for the next government
Featured News

Tunisia-IMF: they talk, without breaking off, while waiting for the next government 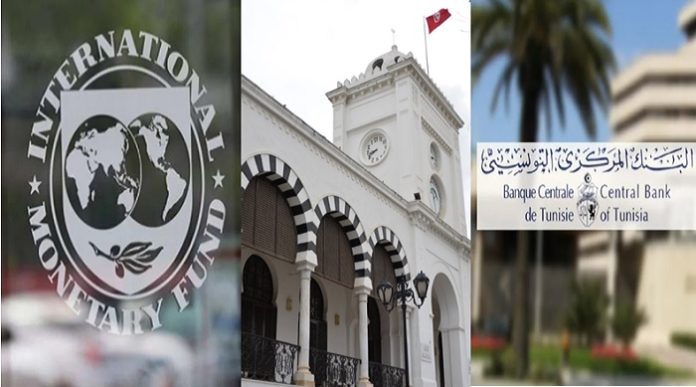 We were talking yesterday about this economically suicidal and self-destructive tendency of a part of the Tunisian elite that likes to scare itself.

This is how part of the local press likes to repeat that everything is going badly in the country, and therefore allows itself to peddle what certain politicians tell it, that the main donors, the IMF and the World Bank, have stopped discussions with Tunisia, and for the IMF in particular, would refuse to negotiate with Minister of Finance Ridha Chalghoum. What is the real situation?

Let us recall, first of all, that the Governor of the BCT, Marouane El Abassi, had officially told the ARP that “discussions between Tunisia and the IMF (International Monetary Fund) officials are continuing in order to bring the points of view closer together and prepare favorable conditions for the next government in order to reach the sixth review (7th tranche) of the arrangement the Extended Credit Facility” (EFF).

In fact, as he said, and even if the meetings are informal with IMF representatives who are kept silent unless expressly authorized by the board of an institution that is as quiet as a grave, contacts have never been interrupted.

The two parties exchange notes and documents and consult each other without breaking off, despite the particular political situation Tunisia is going through.

Just yesterday, Ridha Chalghoum met with representatives of the IMF-Tunis. They did not only talk about the delay of the 7th tranche of the EFF. Proof that the two parties are exchanging, the IMF experts confirmed to the minister, for example, the downward trend in the price of a barrel of oil.

Tunisia intends to engage in a major Hedging operation for its next energy purchases and needed this information.

The absence of any blockage between Tunisia and the IMF was also confirmed by the main negotiator, Minister Taoufik Rajhi. He told Reuters “Tunisia has resumed talks with the International Monetary Fund and is waiting for the formation of the government to invite the fund’s experts next March to discuss the sixth review”.

Meanwhile, two days ago, Finance Minister Ridha Chalghoum received a delegation from the IMF in Tunis.

The discussions, during which Minister Chalghoum was preparing the next government’s discussions with the IMF for the 7th Review, had notably addressed the main reforms requested by the IMF to release the 7th tranche of the financing agreement.

During his last visit to the APR, the Governor of the BCT had also noted that the fifth review of the program in April 2019 had made it possible to disburse the 6th tranche of the loan, valued at USD 247 million, bringing the total amount of the tranches so far received by Tunisia to about USD 1.6 billion.

“And considering that the required criteria had in principle been received, the discussions with the IMF were aimed at bringing the points of view closer together and preparing the right negotiating conditions for the next government to pass the sixth review,” said Marouane El Abassi at the time.

It is all this, and in particular the fact that the 6th Review had been delayed by about 6 months due to the elections, which explains, in addition to the delay in forming a government since the end of 2019, the delay in concluding the 7th Review.