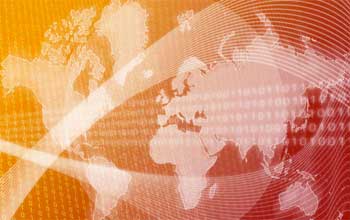 Tunisia is the best performer in the Maghreb. After being ignored by the World Economic Forum (WEF) in its 2013 edition of 2013, Tunisia reinstated it and came ahead of its neighbors in the Maghreb.

With this ranking, Tunisia stands out as the leader of the Maghreb and the most welcoming country of new information and communication technologies while Algeria, which though made a slight progress, is still below the top 100.

In general, the WEF report noted that countries of North Africa have almost all experienced significant declines, placing them in the lower half of the ranking, demonstrating their inability to meet the challenges of technology and use it especially for socio -economic development.

It is recalled that the 44th edition (2014) of the World Economic Forum in Davos (WEF) was held during the month of January 2014 in Switzerland and dedicated a session to North Africa, during which Tunisia was at the center of debates.

The reconstruction of the world, its impact on society, policies, business, leadership lessons from the past three years and the future of the African region were also discussed during this session.

The aim is identify initiatives and actions needed to address current and future challenges. More than 2,500 participants, including 1,500 business leaders and public figures 300 from more than 100 countries attended this meeting to prepare the WEF report for the year 2014.

It should be noted, moreover, that the WEF report for its edition of 2013, has ignored Tunisia in its ranking, citing “significant structural break in the data” that would make “difficult,” according to the WEF “comparison with the past years.”

For the current ranking of WEF internationally, Finland remains the most welcoming in the world for new information and communication technologies. It is followed by Singapore, Switzerland and the Netherlands.

The United States came in ninth position, while France and Spain are ranked 25th and 34th, with a slight improvement over last year.

The World Economic Forum (WEF) is a non-profit foundation headquartered in Geneva. The Forum is known for its annual meeting in Davos, Switzerland, which brings together business leaders, policy makers around the world as well as intellectuals and journalists to discuss the most pressing problems of the world, including in the areas of health and environment.