HomeFeatured NewsIt never rains but it pours! Yes, it is unfortunately a reality...
Featured News

It never rains but it pours! Yes, it is unfortunately a reality in Tunisia: not a day without hearing bad news. 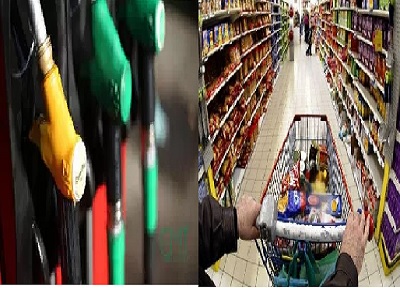 The price increases that are looming start to worry the citizens. Contrary to what some economic experts and government officials say, price increases could be at a level never seen in the country.

Apart from the increases that are scheduled in the 2018 budget law and that must come into effect in a few days, in fact as soon as we celebrate the advent of the New Year, we must expect further increases drained by the upward trend in oil prices internationally.

In an interview given to AfricanManager, he assured us that the Tunisian will end up in 2018 in the obligation to pay much more besides rising fuel prices and electricity and gas tariffs already planned in the Finance Law (FL) 2018. These increases are already planned on the basis of a barrel price at 54 dollars. The upward trend in international oil prices, which now exceeds $ 60, should also be paid by the taxpayer.

“If this upward trend will continue, and I think it will be the case, the state will be forced to pass it on to the citizen,” said Ben Salah, adding that a 1-dollar rise in the price of a barrel represents an additional cost of 121 million dinars (MD) for the state budget.

“If the upward trend continues, we are forced to apply the automatic adjustment mechanism on fuel prices based on oil prices internationally,” said Ben Salah, adding that it is necessary to expect further increases to those already programmed in the 2018 Finance Act for lack of indications that oil prices will fall internationally.

On the same subject, the expert made it clear that at the OPEC meeting held on November 30, it was decided to maintain a production level below capacity in order to support international prices: “This is a decision that has been made throughout 2018,” he said.

Walid Ben Salah has, from another angle, indicated that 130 industrial companies have gone out of business from the beginning of this year until November, not counting those that are active in other sectors such as trade or the services.

Thus, the number of industrial companies has increased from 5,527 in January 2017 to 5,384 until the end of November of the same year.

The most affected sector is textiles and clothing (68 closures), followed by mechanical industries (18) and building materials (14).

Worse, 70 totally exporting industrial companies were forced to cease their activities in Tunisia.

He also expressed his regret at the large number of closures in just 11 months. “These closures certainly have a cost on the economy given the large number of jobs and currency lost,” said the expert, adding that “the loss is as important, as 54% of companies that have put the key under the door are totally exporters.

“The banking sector will also pay the bill because,” Ben Salah explained, the financial difficulties of these companies will result in provisions and debts to the banks, especially since the sectors in which these companies operate are damaged and have been suffering for several years economic and financial difficulties leading to the loss of several markets and the accumulation of debts.

Added to this is the economic situation that has accelerated the bankruptcy and the cessation of activity of these companies, according to him.

He therefore called for a return to growth, while putting in place all the means likely to stabilize and preserve the industrial fabric even before boosting investment.

“There are companies that cannot resist today and it is more than urgent to find solutions to stabilize the sector, preserve employment and calm the situation, then we can talk about new investments, growth and development, “said Ben Salah who welcomed the creation, under the Finance Act 2018, of a support fund for SMEs.