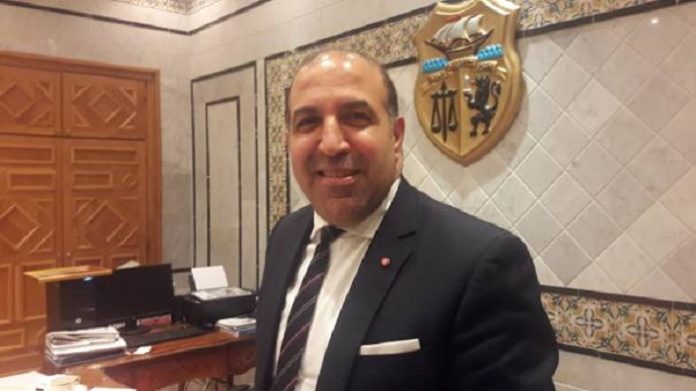 He is Secretary of State to the Minister of Foreign Affairs in charge of Economic Diplomacy, the first of the kind in a Tunisian government. His job is to use diplomacy to find new markets, mobilize FDI, look for opportunities for job creation, export Tunisian skills and promote Tunisia as a tourist destination. With Africanmanager, Hatem Farjani talks about Africa, visa issues, announces an amnesty and new embassies.

What does economic diplomacy mean and what is the roadmap of the secretary of state in charge of it?

In economic diplomacy, there is the economic dimension, the commercial dimension and that of traditional diplomatic action. In fact, it is now the economy that governs international relations.

Within the MFA, it already existed as a practice within the framework of a dedicated structure and which achieved successes.

The creation of a state secretariat in charge of economic diplomacy is simply the confirmation that this orientation has become strategic in Tunisia, which puts the economy back at the heart of diplomatic action.

This leads us to use all our diplomatic relations to find new markets for our products, mobilize FDI, triangular cooperation and decentralized cooperation, look for job creation opportunities, export Tunisian skills and promote Tunisia as a tourist destination.

To achieve this, we needed to unify the ranks and efforts of all parties concerned, ministries, support structures, national organizations and the private sector that remains the driver of the Tunisian economy.

It is for this purpose that it has been decided to create a joint commission, under the chairmanship of the MFA, which will be in charge of coordinating the diplomatic and economic activity between these different structures.

The CEPEX has already released 1.4 MD. The Ministry of Tourism should allocate us almost the same amount. This funding will be dedicated to the economic diplomacy activity of our embassies.

Each of them will have their own budget in this sum and management will be directly entrusted, with a ceiling of € 35,000 for each embassy, called to become a promoter and marketer of the economy of its country and whose actions and results will be included in the evaluation indicators.

You have only three months in this new ministerial post, but we still see that diplomatic action remains, even in its economic component, steered by the Minister of Foreign Affairs himself.

I am secretary of state to the Minister of Foreign Affairs. My department therefore remains under the aegis of the MFA and I must admit that the minister gives me enough leeway for the accomplishment of my work in good conditions.

Diplomacy is also lobbying, political certainly, but also economic. But the incident of the introduction by the European Union of Tunisia in the list of non-cooperative countries in the fight against tax evasion has shown the limit of Tunisia’s lobbying with embassies accused of not having been able to reactivate lobby groups developed by the former administration.

Upon my arrival, I initiated a meeting with a group of former ambassadors of Tunisia, advisors and experts in this field. This exchange of ideas and proposals has for example made it possible to develop a document relating to our relations with Europe in the context of the DCFTA negotiations. We believe in the importance of lobbying and will work in this direction to restore the image of Tunisia on the international economic and political scene.

However, we have noticed the absence of any lobbying action in the so-called tax haven file. One may wonder also where was the secretariat of state for economic diplomacy and where was Tunisia’s ambassador in Brussels?

It should be recalled here that the European decision naming our country on the blacklist of 17 non-cooperative tax jurisdictions was taken on December 5, 2017. It was a surprising and incomprehensible decision. It is even, as stated by the head of state, an injustice and a political and economic mistake.

In this respect, I recall that Tunisia has been praised for its initiatives on fiscal transparency by the OECD.

In this blacklist file, the Tunisian diplomacy has played its role perfectly and this is traceable. It must be said, however, that the European side has put pressure on Tunisia, for reasons inherent to the DCFTA talks and relating to the mobility of people and the offshore.

It forgot that all this is framed by the investment code and that we must encourage foreign direct investment, at the risk of losing 400 thousand job positions that are sources of income for almost two million Tunisian families.

I would also remind you that the explanatory letter of the Ministry of Finance reached the European Union on December 4, in relation to a deadline of December 5, containing all the answers to European questions and all the commitments by Tunisia to make the required reforms.

The finance ministers of the European Union, who were still in the meeting, nevertheless decided to disregard this letter, despite the opinion of the Italian Minister of Finance, who believed that the letter of the Tunisian Minister of Finance responded to all the necessary conditions and called for it to be taken into account at the next meeting on January 23. Otherwise, Tunisia would remain on the blacklist until December 2018.
That’s why we now need to improve coordination between economic ministries.

Is it not the moment, according to you, to set up a permanent diplomatic representation to the European Union, our first economic and commercial partner and one of the most important donors for Tunisia?

The idea is currently under study, within the MFA, to transform the consulate of Tunisia into an embassy to take charge of bilateral relations and the embassy into permanent delegation to the EU to focus on relations with the Europe. This will require the resources and the budget to leverage our policy with our strategic partner.

This is precisely one of the actions undertaken by the Minister of Foreign Affairs in coordination with the Head of State who is the top official in charge of foreign policy in the country, but also the expansion of these representations.

Africa is important for Tunisia. We were in Benin and we saw the potential of this country for our economy, especially with the opening of the new Tunisair flight.

The opening a new embassy costs an average of US $ 1 million, but this becomes necessary to ensure the African depth of Tunisia and ensure a comfortable market share.

In concrete terms, we opened an embassy in Burkina Faso. We will open another one in Kenya in Nairobi, which will be inaugurated by the Prime Minister next February. We will then begin a prospecting visit to English-speaking Africa, Ethiopia and Djibouti.

Three more openings for new embassies are planned for 2018, whose African locations are still under study.

The next flight to Khartoum will be important. The potential in medical tourism is estimated at 1.5 billion USD. I met the Sudanese Minister of Foreign Affairs in Tunis and talked about it at length and the prospects are promising.

You still have to solve the question of visas. Have you thought about it?

In this question, there is the principle of reciprocity, without forgetting security concerns. A study is underway, in coordination with the Ministry of the Interior, for professional visas or for medical care in Tunis. We have already removed the visa for Beninese, from December 15, 2017. The same approach will be followed for Sudan, an air service first and visas for professionals and then medical tourism. The electronic visa is not currently on the agenda, as it requires a thorough study and coordination with the Ministry of the Interior. We will get there, but not in 2018.

We must first review the law on the residence of foreigners. I had a meeting with the director of borders during which the issues of visa deadlines were discussed, which sometimes forces them to be illegal and leads to fines during the renewal and can lead to the interruption of studies in Tunisia.

To remedy this, we are thinking of creating the single contact point at the Ministry of the Interior for students and businessmen from African countries.

For the accumulation of financial fines for the expiry of residence permits, a request was made to the Prime Minister to provoke a small cabinet meeting that could decide a financial amnesty for all the fines that have been imposed on African students in Tunisia. All this, pending the revision of our laws on residence of foreigners.

What is the status of Tunisia’s membership in the Economic Community of West African States (ECOWAS) and Comesa (Common Market for Eastern and Southern Africa), as we learn the refusal of entry from another Maghreb country that is Morocco?

Tunisia is already an observer member of the ECOWAS. The secretary general of this organization was in Tunisia and we felt he was very receptive about the entry of Tunisia into this market. There are conditions to be fulfilled, as for DCFTA, including mobility, which are under study and in negotiation.

However, I believe that if we succeed in making a first preferential agreement for Tunisian exports, as part of a gradual entry into this important market, we would have taken an important step towards a full membership that could intervene at the end of 2018.

For Comesa, this market of 19 countries, we started negotiations for an entry in late 2018 too.