HomeNewsKais Saied in Sidi Bouzid: "Transitional provisions have been put in place...
News 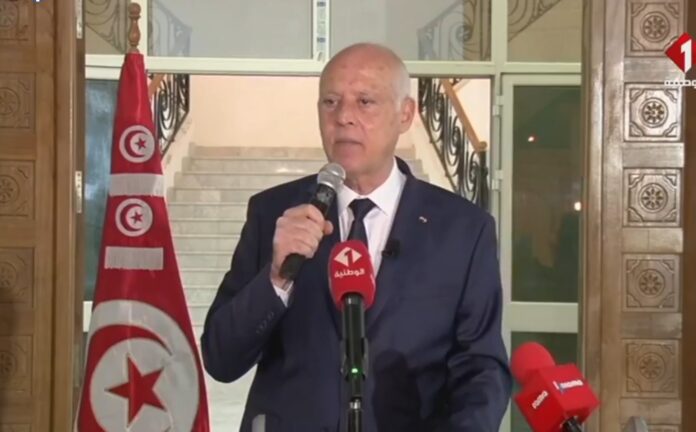 At an “unannounced” visit to the governorate of Sidi Bouzid during which he attended a meeting at the headquarters of the governorate, President Kais Saied said a Prime Minister will be designated shortly and a new electoral bill will be prepared.

“There is no question of going back on the decisions of July 25,” said the president in an address on the occasion, adding that these measures “have come to save the country from an imminent danger.”

The head of state said he had resorted to these measures “to preserve the country” and “not to distribute positions.”

In this address to the Tunisian people, the head of state noted that the provisions stipulated in the Constitution on rights and freedoms will be maintained and will not be affected, denouncing a campaign of attacks and criticism by some parties against him.

President Kais Saied said he “has not infringed on anyone’s right and has never filed a complaint, adding that it is a people’s affair.”

He warned that “the danger is still there”. And “the President can not leave the state as a puppet moved by threads behind the curtain.

Kais Saied accused parties, without naming them “of seeking to sow chaos and disorder in the country.”

Tunisia has most affordable Internet in Africa, says research by NetCredit