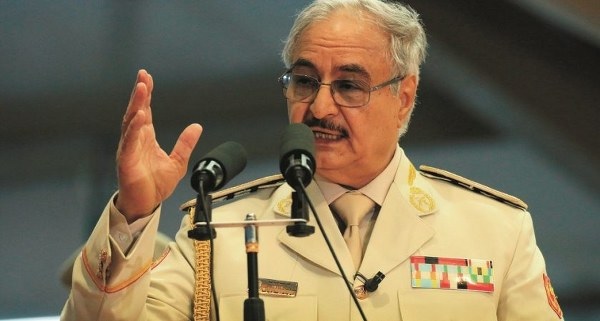 Military commander Khalifa Haftar has declared himself the ruler of Libya with a “popular mandate” from the people.

In a televised speech on Monday night, the leader of the Libyan National Army (LNA) announced that the General Command of the Armed Forces had “accepted the will of the people” to take over management of the country.

The move apparently marginalises an eastern-based civilian parliament that had until now been backing the military commander.

In his speech, Haftar added that a 2015 deal that produced the UN-recognised Government of National Accord (GNA), a unity administration based in Tripoli that was formed after years of civil conflict, was null and void.

“The political agreement destroyed the country. We will work to create the conditions for building permanent civic institutions.”

Haftar’s forces, politically backed by the eastern parliament – nominally a signatory to the 2015 deal itself – have been staging an assault on the capital Tripoli since April 2019.

World Bank, AfDB to review their portfolios in Togo