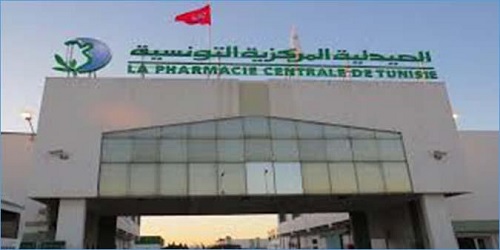 Director General of the Central Pharmacy of Tunisia (PCT), Khalil Ammous announced that 95% of drugs are available and that their stock is sufficient, stating in the same context that only a few dozen drugs are out of stock.

He further stated that the problem of drug shortage had diminished considerably and that the Central Pharmacy had overcome the critical financial situation.

However, many health professionals have repeatedly sounded the alarm and said the shortage of certain drugs has impeded the operation of some hospitals and clinics in Tunisia for several months.

Central pharmacy: a deficit of 200 MD

According to the latest official statistics, the deficit of the Central Pharmacy of Tunisia amounted to 200 million dinars during the past year, because of the increase in the cost of imported drugs and the depreciation of the dinar.

The cost of subsidized drugs reached 210 million dinars, and the PCT incurred additional expenses estimated at 150 million dinars because of the depreciation of the dinar.

The financial difficulties faced by the PCT, especially in the last two years, have caused the decline in the strategic stock of drugs to less than 3 months.

Disappearance of a quantity of drugs worth 40,000 dinars

Official spokesperson for the court of First Instance in Sousse Mohamed Helmi Missaoui announced on Thursday, November 7, 2019 that the Public Prosecutor of Sousse authorized the detention of an employee of the branch of the Central Pharmacy of Sousse and issuing a wanted notice against a second one, following the disappearance of a quantity of drugs.

Missaoui told Mosaïque Fm that the judicial investigation unit of the National Guard of Sousse committee to initiate an investigation on this subject.

The Central Pharmacy of Tunis has lodged a complaint for the disappearance of a large quantity of drugs worth more than 40,000 dinars, from the Sousse branch.