In a world of crisis, Tunisia’s democracy marches on, says The Washington Post 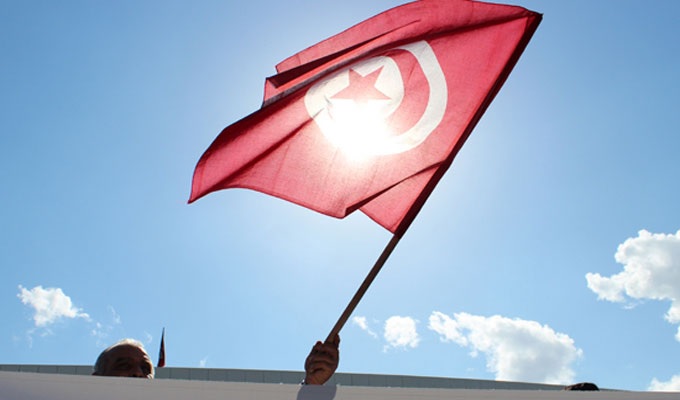 Tunisia responds in many ways to the cliché of “small North African nation, the only success of the Arab Spring, the sole nation to throw off its long-ruling dictator in that epochal wave of upheaval and preserve the democratic transition that followed.

It just held three elections in the space of a month; the last episode of that process took place a few weeks ago, when Kais Saied — a retired-law-professor-turned-independent-anti-establishment-politician — won a presidential runoff election in a landslide.

Saied alone can’t start addressing the anxieties that catapulted him into power, writes The Washington Post.

He formally became the country’s head of state last week, but Tunisia is still waiting for the formation of its next government. That may take some time. Not unlike elections on the other side of the Mediterranean, Tunisia’s parliamentary results were fragmented, delivering no clear mandate to any single party. The faction to come out with the most seats — 52 out of 217 — was Ennahda, a moderate Islamist party. But it is still preparing for formal negotiations that will likely prove tricky, projects the WP.

Its secretary general is confident about his party’s ability to follow through. “This is a challenge for us, but it’s something we can handle,” he told Today’s WorldView in a recent interview. The party, though, has ruled out partnering with two of its nearest competitors. It will attempt to cobble together a motley coalition of other secularists, leftists and Islamists. Since 2011, Tunisia has endured rounds of political crises, assassinations, mass protests and the worrying departure of hundreds of its citizens to join the ranks of the Islamic State.

The ability to move forward

Despite real ideological divisions between Ennahda — which, like its Egyptian ideological cousin, the Muslim Brotherhood, had been suppressed for decades — and secularist forces, the country has fitfully lurched onward through consensus and unity governments, culminating in the adoption of a new democratic constitution in 2014.

“Tunisians kept returning to the ballot box — or taking to the streets to express their dissent,” noted Post opinions editor Christian Caryl. “And so they’ve managed to keep their remarkable democratic experiment grinding along. They passed laws protecting minority rights; civil society groups have continued to press vocally for reforms.

Analysts point to certain unique factors that make Tunisia different from other nations swept up in the 2011 Arab Spring, including its relatively small size. But Tunisia was “never deemed to be exceptional prior to 2011,” observed H. A. Hellyer, a senior associate fellow at the Royal United Services Institute think tank in London.

“On the contrary, the bigotries of low expectations were applied to Tunisians just as much as they were to any other community in the wider Arab world,” Hellyer wrote in an op-ed for the National newspaper. “If any exceptional qualities are to be ascribed to Tunisia, there are perhaps just two; firstly, the country has autonomy over its own political process, rather than extensive foreign interference. Secondly, because political power is so diffuse in the country, no one could hope to play a zero-sum game and win. So in that regard, Tunisians are again winners, proving the generalizers and essentialists about Arabs and Muslims wrong.”

But rather than celebrating this achievement, Tunisia’s politicians are feeling the heat. The country faces a glut of structural problems, a slumping economy, rising food prices, a lack of jobs and a populace clamoring for greater social services. Saied swept to power on a wave of anger over corruption and social inequity. The sense of woe is so rife, noted Raghavan, that some Tunisians have found themselves feeling nostalgic for the relative stability of the days of dictatorship, said The Washington Post.