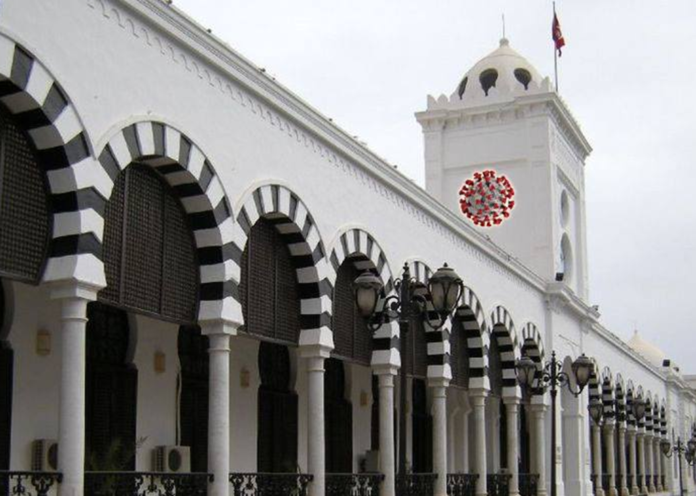 It was expected that the total own revenues of the Tunisian State would increase by 11.2% at the end of December 2020 compared to 2019 when these same revenues had increased by almost 19% in 2018.

However, up to the end of April of the current fiscal year, these own revenues had already fallen by 10%, from 10.6 billion dinars to only 9.5 billion dinars. COVID-19 and the general lockdown have something to do. As a result, there is a shortfall of 1.6 billion DT.

According to figures from the Tunisian Ministry of Finance, this shortfall stems entirely from the drop in tax revenues, which went down from 9.476,6 billion to only 8.286,6 billion dinars.

This decline is mainly due to the drop in corporate income tax revenue due to the general decline (-41.7%) in the turnover of companies, which were forced to close after a 41% increase in April 2019.

There was also big drop in indirect taxes, where the deceleration of foreign trade led to a 13.7% decline in customs duties after a 12.4% increase in April 2019. This was also the result of the decline in consumption due to lockdown.

Therefore, the Treasury’s VAT receipts fell by 15.5% and receipts from consumption duty, which fell by 5.1%.

That small increase could be explained by the 16.4% rise in state expenditure on salaries.

These are the first official figures of the financial impact of the Coronavirus pandemic on the economy, published recently by the Tunisian Ministry of Finance, which was reviewing the monthly implementation of the 2020 budget for the month of April of the same year.

More spending on salaries and less on investments

On the other hand, the Tunisian State spends without counting, and beyond its own and other resources.

For example, the management expenditure authorized by the government of Elyes Fakhfakh, increased by 20% last April, thus allocating 79% of the expenditure to administrative management.

That increase was due to salaries (+16.4%), goods and services 5.3% and interventions and miscellaneous transfers 43.2%.

“A populism that is taking the economic prospects of an entire country hostage,” commented an expert who requested anonymity.

Another, an executive at the Ministry of Finance who also requested anonymity, questions this increase, explaining it by a misallocation of some old premium increases over the month of April 2020.

Could the Minister of Finance otherwise explain this increase in the payroll?

On the other hand, the State’s investment expenditure has been halved (-51% in April 2020).

We note, for example, that the amount of external borrowing by the State for projects (387 MD), has hardly moved, and that public funding has even been halved (233 MD against 581 MD in April 2019).

This is, essentially, the populism our expert was talking about. Title II, which is normally intended for job-creating investment, is drawn upon to distribute it in social aid in particular.

A bad arbitration of the Fakhfakh government, between the economic and financial supra-urgency and the populous concern for social issues, whose expenses represented 50.7% of the total expenses, the amount of the budget deficit for the financial year 2020, which was 8 months away from its closing, approached 3 billion DT (-2.72 billion DT) last April.

One could almost understand the unbridled search of the Fakhfakh government and its finance minister for credits exclusively intended for budget assistance.

Borrowings and international aid, about the volume and real allocation of which nothing is yet known.