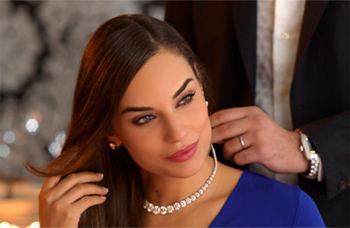 The luxury goods sector remains resilient despite the economic challenges, thanks to the support from the Middle East and Africa region along with Asia Pacific and Latin America which will account for 25 per cent of the market by 2025.

The world’s 75 largest luxury goods companies generated luxury goods sales of $171.8 billion through the end of last fiscal year (fiscal years ended through June 2013) despite a slowdown in the global economy, said a report.

The average size of the Top 75 companies was $2.3 billion in luxury goods sales, according to Deloitte’s first Global Powers of Luxury Goods report.

“Overall performance of the luxury sector will depend not only on economic growth, but on factors such as volume of travel, protection of intellectual property, consumer propensity to save, and changing income distribution,” he stated.

“As the global economy recovers, the global luxury industry is generally expected to grow but in the Middle East, the luxury sector will remain strong this year as we continue to experience a robust consumer market and economic growth,” remarked Herve Ballantyne, the consumer business and transportation leader in Deloitte Middle East.

“We are set to see a growing number of luxury goods conglomerates seek to boost growth and market share through consolidation in the second half. Luxury goods sales growth and ecommerce growth will remain strong this year in emerging markets in Asia Pacific, Latin America, the Middle East and Africa, with tourists shopping in destinations such as France, Italy, the United Kingdom and the United States a significant contributor,” he added.

The globalization of luxury – Growth of wealthy and upper middle class consumers in emerging markets has been the biggest driver of M&A activity in the luxury and premium goods space in recent years, said the Deloitte report.

The Middle East and Africa, Asia Pacific, and Latin America accounted for a combined 19 per cent of the luxury market in 2013 and the regions are projected to grow to 25 per cent in 2025, according to Euromonitor.

“The appetite for European and American brands remains strong in emerging markets, so these companies are bolstering their presence in these regions,” continued de Riedmatten.

Ownership of all aspects of the value chain for the company’s product(s) helps ensure that quality and service can be maintained, thus protecting brand heritage. As a result, vertical integration has become another important driver of M&A activity in the luxury goods sector.

‘There is huge potential of mobile financial services in Africa’