HomeInterviewMezri Haddad to Africanmanager :The new constitution is a masterpiece of hypocrisy...
Interview

Mezri Haddad to Africanmanager :The new constitution is a masterpiece of hypocrisy and over half of the articles does not deserve to be included. 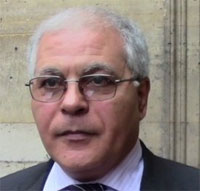 Former representative of Tunisia to UNESCO Mezri Haddad gave an exclusive interview to Africanmanager in which he described the new constitution of Tunisia a masterpiece of hypocrisy and casuistry which enshrines, in a rather sly way, the power of the clergy.

According to him, the new constitution is ” an indigestible mixture worthy of a first year student of law, that one must learn to decipher the hidden meanings and more than half of the articles does not deserve to be included in a constitution but in the civil code and the Penal code. ”

Mezri Haddad accused Islamists, whether the Muslim Brotherhood, Wahhabi, Salafist jihadists or others, to be the main enemies of Islam. He went as far as to describe the Tunisian revolution as a conspiracy followed by a steep decline.

There was negative talk about the Black Book of the Presidency of the Republic; can we talk about positive things?

Yes, I think there are at least three “positive” points. First, it shows the kind morality of the man designated by Rached Ghannouchi in Carthage for services rendered to the Muslim Brotherhood and their Islamo-Atlanticist cause.

Second, it demonstrates the ethical and political boundaries of the bunch of swindlers masquerading as advisors surrounding him at the palace of Carthage, which no longer represents the splendor of a sovereign state, but a vulgar Qatari agency.

Third, it reminds the pseudo-opposition and pseudo-right advocates quoted in this black cloth, who have weakened in ten years the national edifice , as well as late adopters of the Bouazizien Revolution, that when participating in the revolutionary myth and brutalizing the populace, we always end up paying the price.

How do you see the new constitution of Tunisia?

It is a masterpiece of hypocrisy and casuistry which devotes in a rather sly way the power of the clergy. It is also an indigestible mixture worthy of a first year student of law, that need to be learned to decipher its hidden meanings and more than half of the articles does not deserve to be included in a Constitution, but at best, in the civil code and the penal code.

The uneducated who poorly wrote it do not that a Constitution, even if it is a fundamental law and a supreme legal normativity, is more philosophical than a legal text, it expresses more a philosophy of law than the law itself, much less a rule of law. Those people who have not read Schmitt, Rawls and Kelsen, confuse constitutionalism, codification and normativity.

Even if we do not know it in its entirety, this constitution is “liberal” in its syncretism and totalitarian in its underlying purpose, because it does not limit the power of the state and, does not clearly distinguish between the private, social, public and political sphere, that is to say, the state of society, or the faith of the law. This is not to mention the separation of religion and politics, the fundamental question which is dodged by all in the name of misleading and deceptive Islamic exception. I do not have time to demonstrate here that the distinction between the temporal and the spiritual, the sacred and the profane, the theological and the political is Islamically correct and even “Quranically” founded.

This is not what the opinion of French media which welcomed the new constitution and more specifically gender equality!

The essentialist and paternalistic rattling of some media impress only hollow spirits or those non- emancipated from the complex of the colonized. Their Constitution of 1958, still in force today, was not written by taxi drivers, janitors, former convicts and young thugs, but by the best constitutional experts in France whom De Gaulle had tasked with this highly intellectual and political mission.

By referendum, the Constitution was subsequently submitted to the French people and approved by it. This is how civilized peoples behave. We would have better proceeded the same way, by adding to the preamble of our Constitution of 1959, the Universal Declaration of Human Rights. I was opposed from the outset opposed to the abolition of the Constitution of the founding fathers and the very idea of a constituent assembly, but the general trend was for aping the French revolution. As for equality between women and men, it was already a sociological and institutional reality under Bourguiba and Ben Ali. If the intentions of the usurpers of the NCA were good, they would have enshrined the CSP (Code of Personal Status) in the Constitution. Despite its “liberal” artifices there in this constitution a hidden imam who will not intervene at the end of time but sooner than you think! I have already said that when Tunisians find their collective memory, their dignity and sovereignty, the constitution will be sent to Qatar which will really need it!

What makes you unhappy with this constitution whose adoption will nevertheless allow Tunisia to emerge from the crisis and start afresh?

Some see in the constitution healing and miraculous virtues. Thus, with this constitution, Tunisia will regain its economic growth of the past, the social peace of the past, its lost security… No, it would take a decade or two to rebuild what was destroyed in less than three years. Indeed, the evil is deep and damage is huge at all levels. I do not read the future of Tunisia in a declarative and formal constitution, but in the actual state of the Tunisian economy in the competition and soon the clash on Tunisian soil of several foreign forces in the sociological changes in progress, in the accelerated attitudes, in the boiling social passions. It is in history that I read the future! In addition, I do not trust a constitution that cares about protecting and promoting religion more than the individual. Those who paused their constituent slogan, “Our constitution is the Quran” to anesthetize the civil society and deceive the West, pretend not to know that God has entrusted no person to watch over Islam.

In Surah Al -Hijr, he clearly said: «It is We Who have sent down the Qur’an and it is We who are the sole caretaker.” Islamists, whether the Muslim Brotherhood, Wahhabi, Salafist jihadists … are not the protectors of Islam, but its main enemies.

In your opinion, will there elections in 2014, and if this is the case which party will be victorious?

It is unlikely that elections can take place before 2015. Two centrifugal forces oppose it because it is in their best interest that the provisional lasts as long as possible: the Interim President and the Constituent Assembly which was granted legislative powers which it would never have had would have not been populism and pseudo- revolutionary hysteria of some law professors. The day when they would be held if all nationalistic parties or those with Destorian ideological reference are not unified and cohesive, it is the Muslim Brotherhood and their reactionary allies that will win because they have the money, an ignorant electoral deposit, a decisive influence on the future ISIE and the strategic support of some Western powers who “liberated” Tunisia from its independence.

Are you referring to the United States? If this is the case, we see, on the contrary, that after the attack on its embassy in Tunis and the assassination of their ambassador to Libya, it reconsidered its position against Islamist currents.

This is what they want to believe our “liberators” and it is only a media illusion. Bringing to power Islamists where the “Arab Spring” began was not a tactical move but a strategic choice. American politics is a fairly subtle blend of cynicism, naivety and prospective. Even if they were surprised by the heroic resistance of the Syrian people and outraged by the Egyptian nationalist outburst , for Americans, the Islamist card remains a major asset to their geopolitics , not only in the Arab world, but in the four corners the world , Russia , China , Africa and even in Europe.

As for the containment of terrorist Islamism, the difference between George W. Bush and Barack Hussein Obama is that the first wanted to eradicate them by designating them as enemies, and the second wanted to tame them by considering them implicitly as friends.

This friendship or alliance was manifested in the destruction of Libya and the crusade against Syria. It appears when suicide bombers blow themselves up in Moscow, Beirut or Baghdad.

Americans have not learned lessons from the past and including September 11, 2001.

Sooner or later, they will suffer the setbacks of their incestuous relationship with the Saudi maximalist Wahhabism and neo- Wahhabism in Qatar.

Why do you live so badly the Tunisian revolution?

Precisely because it was not a revolution but a conspiracy followed by a steep decline. In all places it went through, the “Arab Spring” left behind it the ruin and desolation. And we are still at the beginning of a long cycle of decadence, anarchy and neocolonialism. I saw this misfortune as Hannibal and Jugurtha experienced defeat and betrayal, and as Plato witnessed the decline of the splendid Athens.

We are in a long cycle of history, whose future caprices are still unknown, much less than the final destination.