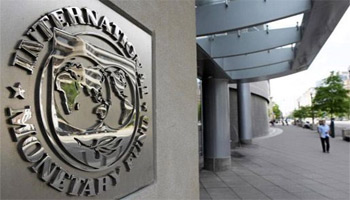 A team from the International Monetary Fund (IMF) led by Roger Nord, IMF Mission Chief and Deputy Director of the African Department, visited Kampala from March 21 to April 6, to conduct the sixth review of Uganda’s economic program supported by the Policy Support Instrument (PSI).[1]

At the end of the mission, Mr. Nord issued the following statement:

“In a complex global, regional, and domestic environment, affected by election-related uncertainties, Uganda’s economy continued to perform well. Economic growth is expected to reach 5 percent in the current fiscal year and accelerate to 5.5 percent in FY2016/17, supported by the scaling up of infrastructure investment. Following a sharp depreciation of the shilling, inflation increased, with core inflation reaching 7.6 percent in December 2015, though it has since then decelerated to 6.9 percent.

“Performance under the PSI has been mixed. There has been progress on increasing tax revenue, strengthening international reserves, extending the Treasury Single Account to local governments, and establishing public investment management guidelines. The decisive monetary policy response, in the context of appropriate exchange rate flexibility, contributed to the stabilization of the shilling and successfully curbed inflation expectations. However, the end-December 2015 overall deficit target was not met, poverty reducing expenditures were below target, and some structural reforms suffered delays.