Oil: an unexpected respite. Will it be used wisely? 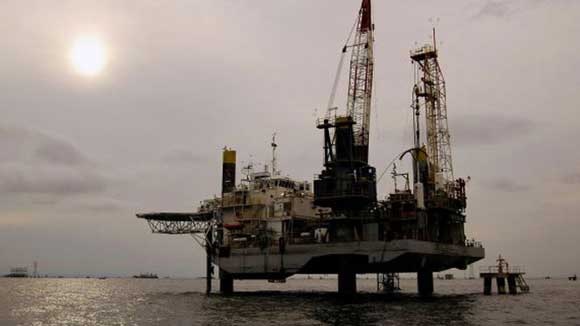 Weighing on Tunisia’s perilous finances and economy, global prices of oil of which the country is net importer post a remarkable decrease, falling below the $ 60 a barrel mark.

It could only be blessed bread, a boon that the government is expected to make the most of not only to recover its budget but also to ease a toxic situation strongly undermined by a galloping inflation, a spiraling trade balance and a dinar tumbling at great speed.

This unexpected respite, if it were to last, would come at the right time to relieve public finances, a large part of which goes to the compensation of energy prices, knowing that a dollar of increase in the barrel translates into not less 128 million additional dinars in subsidies.

Moreover, Tunisia, which produces only 40% of its energy needs, is forced to import the rest.

It is a currency bleeding which if it were stopped, should cut the budget of many expenses that would be used for development purposes, and others.

It is sad to note, however, that Tunisian budget forecasters have often get hung up by saying black is white, as it was the case for fiscal year 2018, when they estimated $ 54 per barrel, while the global price rising well beyond close to 0 dollars, forcing the state to inject large amounts of money standing at billions of additional dinars to bail out the compensation fund.

It should be noted that even with $ 60 per barrel, we will still be far from the end even if the shortfall will still have to be filled, but in much larger and more comfortable proportions. This will generate savings which, however, already fuel the appetites of those waiting for salary increases, such as secondary school teachers and many others.

It goes without saying that this breath of oxygen will be a great booster for the government which will have free hand for having less need to scrape around somewhat scrape and get to reduce as much as possible the exponential trade deficit and more conveniently fight against the so-called imported inflation.

Above all, it will most likely be possible to give air to the national currency stuck in the abyss and, in the same breath, to mitigate the rigors of the interest rate by reducing the central bank’s key rate to tolerable levels.

Domestic production set to rebound by 9.5%

Coupled with this easing on the global oil market, the announced increase in domestic crude oil production in 2019 will have to mitigate the energy deficit, with the government forecasting a rebound of 9.5% or 2,080 thousand tons, against estimates of 1,900 thousand tons expected in 2018.

This will also be the case for the production of natural gas that will reach 1,940 tons oil equivalent, by mobilizing investments of about 1700 million dinars. Added to this is the entry into exploitation of such fields as the Nawara in Tatouine, which will cover the national demand for 1,062 million dinars and the Sekhira 2 project with a budget of 1,017 million dinars.

This is not to mention the ongoing efforts to reach arrangements with Italy and Algeria concerning the Transmed pipeline, the natural gas transmission pipeline from Algeria to Italy.

How long will it last?

It remains to be seen for how long this parenthesis of the decline in oil prices will last. Given the current geostrategic fluctuations, it would not be wrong to predict that, for 2019, importing countries like Tunisia will be more or less protected against a return to the status quo ante.

Firstly because the supply is abundant. Saudi Arabia, which has threatened to reduce its production, changed its mind and refrained from pursuing its logic, which earned it the congratulations of Donald Trump.

At the same time, the latter, who was betting on the embargo imposed on Iranian oil exports, is still waiting for the hoped-for shock that is coming to a standstill, since the US Administration has allowed eight countries to continue sourcing from Iran, with quantities certainly less important but enough to stay afloat.

Also relevant is the explosion of shale oil production in the United States, the world’s leading source of output growth.

Faced with this abundant supply, the slowdown in economic growth next year is confirmed according to IMF or OECD economic forecasts. The consumption of petroleum products should suffer, according to experts.

This is happy occurrence which Tunisia has to know how to use wisely, even for a more or less short period.

Tunisia: OECD believes economy is recovering, but reforms will be needed