HomeWorldPlan revealed to create 'Oscars of the Arab world'
World

Plan revealed to create ‘Oscars of the Arab world’ 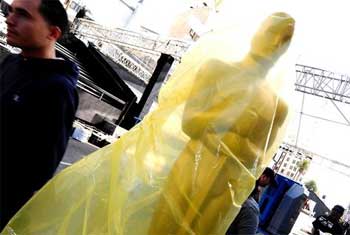 AFTVA has been created to help promote, support and develop film and television talent in the Middle East region by awarding and celebrating their excellence, a statement said, adding that the aim was to eventually have a similar status as the Oscars.

Organisers said the awards will become an annual event taking place in a different country each year alternating annually between Europe and the Middle East.

James Black, chairman of Medium Enterprises, said: “Through the awards we are committed to promote Arab culture worldwide and want to introduce the international film community to the growing and emerging film and TV making talent that the Middle East has to offer, along with the state of the art facilities that are now available in the region for film makers and television companies worldwide.”

Black added: “We are developing the awards to eventually become the Academy Awards of the Arab world.”

A special Lifetime Achievement Award and Humanitarian Award will also be given each year to honour both Arab and Western recipients, the statement added.

The awards will be attended by film and television industry celebrities and talent from the Middle East, Europe and Hollywood.

The actual award will be named the Screen Falcon Award and will be designed by famous London gold and silversmiths Grant MacDonald.

The members of the AFTVA Committee and the nominees for the awards will be announced in the coming months.

Tunisia: debt management agency to be created by end 2016...