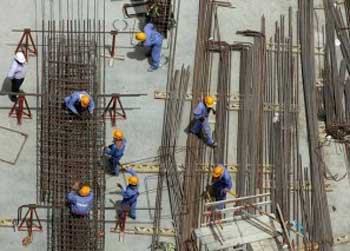 An additional 28,521 rooms are in the UAE pipeline and expected to be built by 2016, with Dubai accounting for half of them, according to research by JLL’s Hotels & Hospitality Group.

The investment management firm’s latest Hotel Intelligence Report for the UAE shows there are currently more than 93,333 rooms across the country’s 590 hotels. Dubai and Abu Dhabi account for 86 percent of this current supply.

It believes Dubai will continue on its sustainable growth path with a balanced demand and supply dynamic in the short to medium-term.

Meanwhile, Abu Dhabi accounts for 8760 rooms (31 percent) in the development pipeline (to 2016), with the hospitality sector poised to witness growth in the medium to long term as the UAE capital’s tourism and leisure offerings develop.

“While tourism in Abu Dhabi continues to be driven by the corporate and MICE segments, several long term efforts are being made to diversify the tourism demand base by focussing on the leisure segment,” said the authors of the report.

“Various events such as the annual Formula One Grand Prix and opening of attractions such as Ferrari World and Yas Waterworld on Yas Island play an important role in enhancing the leisure offering of the city.”

Of the current supply, JLL said international operators control approximately 68% of the total hotel room inventory and 71% of supply is concentrated in the upscale (four- and five- star) segment.

“Such synergies are executed in attracting new markets, by way of destination marketing by tourism authorities, coupled with introducing direct air connections to the those markets. There has been an increase in hotel development activity over the last two years due to the encouraging signs in the tourism sector and wider economy.

“With increased investor confidence, older projects have been revived and new projects announced with international operators constantly trying to increase their hotel footprint in the UAE.”

According to the April STR Global Construction Pipeline Report, released last month, there were 16,762 rooms under construction in the Middle East.

APII DG: All social partners are called for truce of at...