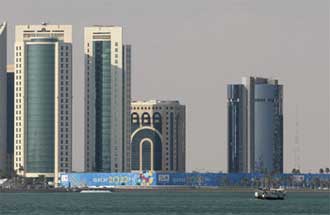 Qatar’s gross domestic product (GDP) is expected to touch $230 billion in the current fiscal as the country is expected to achieve a 6-7 percent growth rate for 2014-15, a report said.

Qatar has the potential to emerge as the region’s second largest economy, The Peninsula newspaper said citing a report in Al Sharq.

Qatar’s huge foreign investments by its sovereign fund in several sectors have also started paying its dividends. This will give an extra push to Qatar’s economic growth, the report said.

Belgium: EU Commissioner for industry on a working visit to Tunisia