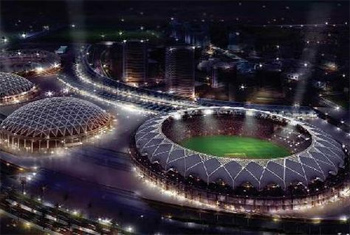 Saudi Arabia has embarked on an ambitious plan to build 11 giant sports stadiums across the kingdom each with a capacity of 45,000 spectators, said a report.

The sports city boasts of several unique features that surpass many of the world’s best, the report added.