Slim Chaker to African Manager: “We will soon borrow from international capital market to raise part of the 6.4 billion TD required” 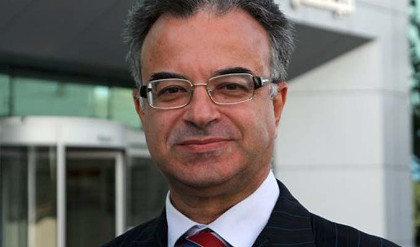 Finance Minister Slim Chaker granted African Manager an exclusive interview where he talked about the results of confiscation and the current economic and financial situation of the country.

He also spoke about the Libyan crisis and its impact on Tunisia as well as the recently announced recruitment in the public service which has been the source of great controversy.

The Minister also announced in this interview the decision to borrow from the international capital market to raise part of the 6,400 million Tunisian dinars (MTD) to be sought from international donors.

After a five-year work on the issue of confiscation, what conclusions can you draw?

Regarding vehicles we sold 34 cars for 1,200 thousand dinars and we plan to sell in that year the remaining cars divided into two subset: The first consists of luxury cars, which will be sold on the international market for lack of takers nationally. The sale of such cars should generate foreign exchange inflows to the state revenue.

The second subset consists of 30 small and medium cars. We are currently doing the expertise of these cars to sell them on the Tunisian market during the first half.

And what about land assets?

However, we have launched 20 tenders for 20 land assets in 2015 and we added to them 19 other tenders. We project through these tenders to generate 110 million dinars of revenues to state coffers in the first half of this year.

And in what stage are you now?

Currently, we are in the stage of signing contracts and completion of the procedures for these tenders.

What assessment can you make about confiscated businesses?

For businesses, it should be noted that between the years 2011 and 2015, we sold 7 companies including Kia Audi, Peugeot and part of Ooredoo.

This sale generated revenues of around 1350 MD. Currently, we are selling 16 companies whose records of 8 companies are ready. We will soon launch tenders to select investment banks that will take charge of the sales process.

About our projections for this year, we’re pretty sure we can sell 8 other companies during the year. We are currently in the phase of finalization because there are files that lack balance sheets and accounts. Once the files prepared, we will move to the selection phase of the investment bank and the later to the third phase which is the sale.

What is the projected figures for this year regarding confiscation?

Let us move to the economic and financial situation of the country, what do you think of it?

The challenge is to finance the gap between revenue and expenditure which is around 6.6 billion TD. 2 billion TD of which will be raised on the domestic market through treasury bills, and that is what we are doing. This is a simple and conventional step because we are already accustomed to it and it exists in all countries of the world.

Then, there are 4.6 billion TD which will raise on the international financial market, and then we’ll soon borrow to raise a portion of the amount we need to finance the budget. There is nothing extraordinary because it exists in the 2016 budget law already passed by the parliament.

Faced with this gap of 6.6 billion TD you mentioned, we can say we are on the right path?

We can say that we are on the right path only when we manage to achieve at least 2.5% growth. However, to do so, several conditions must be met in the country including the three economic growth engines, investment, growth and consumption.

Regarding investment, the government is currently investing. According to the 2016 finance law, the budget allocated to investment was set at 5.4 billion TD. Now the question is: Are will there be private investment or no? I hope so otherwise we will never achieve a growth rate of 2.5%.

Consumption is also expected as we have already provided the purchasing power through wage increases decided in the public and private sectors. These increases generally benefit the middle class therefore consumption remains a running engine.

The third remaining engine is export which hinges on several factors, mainly the situation in Europe, our largest export market.

Export also remains dependent on the situation in Tunisia because even if there is growth in Europe, Europeans will go elsewhere if there is no security in the country. The situation in Libya is also a determining factor for the recovery of exports.

All this has implications for our economy. Today, we are managing the situation in Tunisia but we also monitor what is happening around us all because it directly impacts the growth and the economic, financial and security of the country.

The recently announced recruitment in the public service has raised an outcry, your reaction to this outcry?

We must explain that this is not new recruitment and that it exists in the 2016 finance law.

There is nothing new. We’re just going to activate so that people can quickly have the jobs they need.

The crisis in Libya, what effect on Tunisia?

region, investors, tourists and exporters will flee Tunisia. The cost of a war in Libya will certainly be high for Tunisia.

This will also impact on the domestic economy especially since today we no longer export to Libya. Add to this a security impact on the Tunisian-Libyan border.