Who are the first collectors of bribes? Security personnel, businessmen or civil servants? 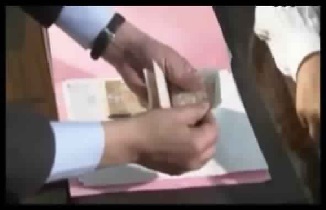 According to a survey by the Institute “One to One”, 50% of respondents consider that businessmen are the most implicated in acts of corruption while 31% think that government officials are the first collectors of bribes in Tunisia.

According to the same survey, revealed at a press conference on Thursday, February 25, 2016 in Tunis, 27% of respondents considered that security personnel are the most corrupt.

The survey, in fact, rated businessmen as the most corrupt side followed by public companies or local authorities and members of local and regional councils. 32% of Tunisians believe that officials of municipalities and delegations are corrupt followed by public sector officials.

Similarly, 50% of Tunisians feel the need to report cases of corruption in the case of observation while 29% have denounced a bribe against a service.

50% of respondents highlighted the role of the media and journalists in the fight against corruption and reporting corruption in the Tunisian administration.

In the same vein, 59% of respondents believe that the ruling parties are able to fight against corruption while 33% think that the opposition is better able to cope with it.

Similarly, the survey by “One to One” revealed that 40% of Tunisians consider the need to report cases of corruption during observation while 29% of respondents stressed the need not to pay bribes or pay a sum of money illegally in return for a service and to refrain from participating in any form of bribery or corruption.

Carried out during the months of April and May 2015, the survey was conducted among a sample of 1200 people spread over the various governorates.

The modernization of the electronic platform for the submission of complaints and denunciation of corruption was launched on Tuesday, February 23 in Tunis, as part of Tunisian-South Korean partnership.

The project was launched under the Memorandum of Understanding signed November 14, 2014 by the Ministry of Public Service, Governance and Fight against Corruption and the Anti-Corruption and Civil Rights Commission of Korea South to establish the principle of governance and promote citizen participation in this effort.

Funded by South Korea in the form of donation of 10 million dinars, the project aims to be a tool to provide an opportunity for citizens to file complaints and grievances and to report cases of corruption in the Tunisian administration, said Minister of Public Service, Governance and Fight against Corruption, Kamel Ayadi.

Tunisia: E-learning Forum to be held in Tunis soon