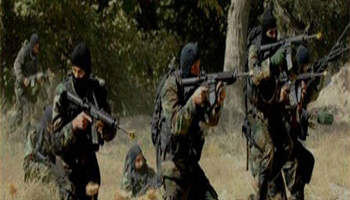 According to a preliminary toll, 14 Tunisian soldiers were killed in a terrorist attack in Mount Chaambi, near the border with Algeria, the Ministry of Defense reported on Thursday, July 17, stating that this toll “the heaviest recorded by the Tunisian army since independence “could increase. A three-day mourning, starting Thursday, was declared by the President of the Republic and all cultural festivities have been postponed.

On this heinous crime denounced by the public opinion and the entire political class, security expert, Ali Zeramdini said the timing of the execution of this operation is important for many reasons.

In a telephone interview with Africanmanager, he said that the celebration of dates has particular importance to terrorist groups. This celebration takes place, according to him, through the execution of an operation reminiscent of the one conducted last year when eight soldiers were killed during a shootout with a group of armed terrorists in Mount Châambi, Kasserine.

The expert also suggested that “the Holy Month has its own symbolic nature in the context of jihad and the fight against” taghouts “and is the fastest way to get to heaven.” In this context, Zeramdini has emphasized the importance of “this principle followed for decades.”

According to Ali Zeramdini, the weakness of the military and security system as well as tactical and operational failure are major gaps that still hinder the work of our soldiers in the fight against terrorism, a phenomenon that has grown in Tunisia after the fall of Ben Ali.

“We have not taken into consideration the strength of our enemies and failed to consider all aspects related to them,” noted our interlocutor before adding “flaws are numerous especially in the work of proactive intelligence. ”

The expert also pointed to the limitations recorded in consideration of the large amount of contraband weapons seized in several regions. Indeed, this seized quantity and the quality of heavy and sophisticated weapons was not, unfortunately, taken into consideration by stakeholders to prevent attacks or operations to be carried out through these weapons.

Beyond these negative points, it is expected that the war against this scourge continues, and the dormant and active terrorist cells will still represent a danger. “We are facing a real war against terrorism and we are all called to protect national security,” noted Zeramdini, while expecting other”more serious” terrorist acts in the coming period.

This opinion is shared by Mazen Cherif, strategic expert in military and security affairs who predicted other more dangerous operations in Tunisia, noting that Tunisian experts were not taken seriously when they launched warnings against such risks.

To overcome this problem, Ali Zeramdini called for the activation of the anti-terrorist law, still blocked at the NCA because deputies failed to rule on the definition of terrorism. “It was an old law that is theoretically still in force as long as a new one is not adopted. The law of 2003 has implemented a whole mechanism to fight against dormant cells, those specializing in the execution of terrorist acts, or other responsible for laundering money from suspicious Islamic organizations and associations. This mechanism also allows dismantling networks of recruitment and indoctrination.

At this point of time, this law that should be amended on many points offers the Tunisian state means of an effective fight against terrorism. But following its suspension, it found itself unable to meet this challenge, said the expert who called for moving forward in this process, arguing that any delay will have an impact on national security.

In addition, Ali Zeramdini focused on the usefulness of using the reserve army. This initiative will certainly help our soldiers to better study the field of battle that stretches along the Algerian border in hills that bring together AQIM leaders and other terrorist organizations.

Among other measures to be taken, Ali Zeramdini proposed appealing to former officers and security officials, already retired after the revolution, in order to benefit from their skills.

This approach is strategic to the extent that it allows morally supporting the efforts of the soldiers.

Dramatic Drop in Poverty Comes With a Warning