TBCC launches its 2nd Regional Roadshow in Bizerte on October 14 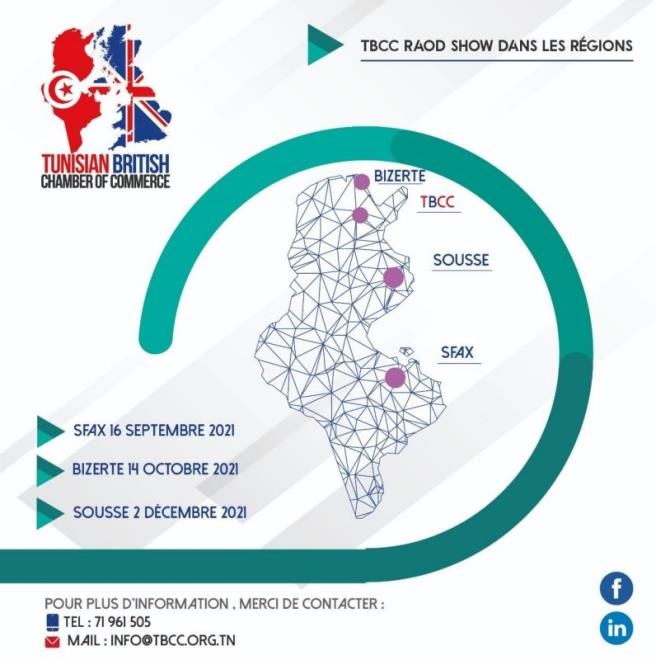 The Tunisian-British Chamber of Commerce (TBCC) is preparing to launch its Regional Roadshow taking place this time in Bizerte on October 14, to promote investment opportunities and collaboration.

In a statement to TAP, President of the Tunisian-British Chamber of Commerce, Jad Mrabet said that the decision to organise regional economic tours was taken last year, but they were cancelled, due to the pandemic.

The chamber has already organised, last September, a Regional Roadshow in Sfax, which was marked by the presence of more than 40 companies from different sectors such as technology and food industries.

The UK government had made available to Tunisian promoters, a funding mechanism known as “Uk export finance” which provides an amount of 9.65 million to projects to develop exports to the UK market and promote investment in Tunisia.