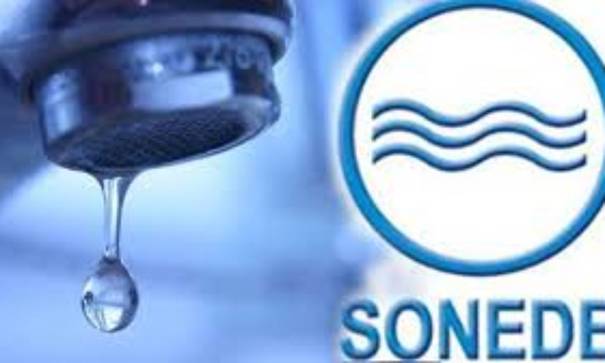 Prime Minister Najla Bouden chaired, on Wednesday, July 27, 2022, at the Government Palace in the Kasbah, a cabinet meeting that focused on the status of the National Water Distribution Utility (SONEDE)

The statement, which gave only vague information, as indeed all other government releases, said “the cabinet meeting reviewed the strategy of the company to boost and develop its areas of intervention and proposed a roadmap for the next five years in the organizational, financial and technical aspects, as well as additional work to improve services and rationalize water consumption.

The Kasbah press release says nothing about the financial situation, which is not published anywhere and especially not on the Financial Market Council (CMF) website as any public company or public offering such as “SONEDE International”. Silence. It is a public company!

SONEDE and its CEO, conspicuously absent and does what it wants

Later, and in an official document on the situation of public enterprises, we learn that:

“the operating results of SONEDE recorded a significant decline in 2018 compared to the year 2017 of 73.6% and a value of 19.1 MD, particularly due to the rise of operating income at a rate lower than the rate of increase of operating expenses.”

The document was that of the “Ministry of Economy, Finance and Investment Support” and therefore dated from 2020, could only access the figures of 2018, as the SONEDE looked like a black box whose CEO is more inaccessible than his line minister. It indicated then that “the total amount of operating expenses reached 481.1 MD in 2018 or an increase of 4.5% compared to 2017 equivalent to 20.9 MD, while the total operating income of the company in 2018 amounted to 436.1 MDT, up 0.4% over 2017 and a value of 1.8 MD.

GOI deteriorating by 168.4% amid an omerta

The financial statements of 2019, 2020 and 2021, which no one will see until years later, will certainly bring more bad news from SONEDE. But who cares, in this governmental atmosphere of omerta, almost mafia!

He complains about the increase in subscribers. Where do the capital grants go?

In 2020, the inaccessible CEO finally made a statement to the TAP, where he explained the deterioration of the financial situation, by … the increase in the number of subscribers. Is it necessary for this head of public enterprise, which cuts off every summer and even winter, water in the tourist region of Sousse and its surroundings and not elsewhere and without any explanation, that it was necessary to increase investments? However, the government report said since 2020, that “the amount of investments made by SONEDE reached 199.9 MD at the end of 2018, posting a remarkable decline of 17.9% compared to the year 2017, and it is likely to reach 197 MD in 2019, down 1.5%.

The CEO, as silent as the grave for the press in front of which he withholds information, could object that it is the state that does it. The latter had obviously not failed in its obligations. The same government report already stated that “the amount of capital grant amounted to 146 MD in 2018 (including about 50 MD transferred to finance the seawater desalination plant), up 790.2%. Where did this money go, for the CEO to complain about the increase in demand, in the face of its means?

It is not only ordinary people. The State is also a bad payer of SONEDE

For a long time and always, the various managers of SONEDE complained about the consumer who pays badly and the price of water that does not increase. Another reading of SONEDE’s debt would shed light on the solutions that the management of this public company would probably avoid. “SONEDE’s debt could reach 724.3 MD in 2019 (…).

The public enterprises (French: EP), and also the public administration, is the state. It would therefore be enough for the latter to pay its debts for the financial situation of SONEDE to improve. Other suppliers of public enterprises had resorted to seizure on the accounts of bad payers among them.

Tunisia: 15 investment intentions not yet realized in H1 2022

Tunisia: imports to Maghreb countries up 110.4%