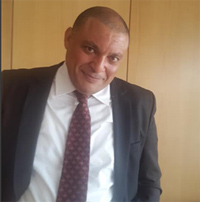 When the Moroccan Group Attijari Wafa Bank had bought the former “Banque du Sud” (BS), few people believed it will be the bank that it has become. Less than 10 years after the redemption date that showed a lack of provision of more than 160 MTD, BS which has become Attijari Bank, displays an insolent financial health and defies even the crisis.

It is, indeed, now the largest banking network in place with “an NBI of 251 MTD in two-digit increase to 17%, an 82 MTD net profit of 49%, reflecting the excellent dynamic of the bank, that has also improved its performance indicators and meets all the regulatory ratios,” as Hicham Seffa, Director General of Attijari said with pride in this interview where he also gives us his thoughts on the economic relations between Tunisia and Morocco, the situation of the Tunisian banking sector to which he belongs, but also his thoughts on topical issues such as the recapitalization, the proposed lifting of bank secrecy or the project of cap on transactions in bank notes.

The first and even the second edition of the Tunisian-Moroccan Economic Forum were held at the initiative of the Attijari. Why has your bank cleared the way this year to UTICA which organized the recent edition?

In our design, it is primarily a Maghreb Economic Forum that should be held by the end of 2014. The Tunisian-Moroccan Forum has especially benefited from the effect of the royal visit of His Majesty Mohamed VI to Tunisia and was an initiative of the CGEM-UTICA. It seeks to revive business between the two countries’ businessmen. This Forum will also prepare, somehow, the organization of the 3rd Maghreb Forum, to be held in October 2014.

Can we now draw a balance sheet, even temporary, of the Tunisian-Moroccan Economic Forum?

When we talk about investment, it should be noted first that the Tunisian and Moroccan sides are always trying to look to each others and have not dared, so to speak, to plunge yet.

The two countries’ businessmen are still tied by a classic importer / exporter relationship and have not yet entered, with few exceptions, in an investment perspective. This is at least what I observed for 3 years while I’m at the head of Attijari Bank Tunisia. The appetite for investment between the two countries’ businessmen is, according to our findings, on the rise thanks to such meetings as the Forum of Tunis. From our side in Attijari Bank, as a facilitator of business, we continue to do everything to improve the business climate between our two countries, Morocco country of the parent bank and Tunisia country of one of the largest subsidiaries of group, and therefore develop the pace of business.

Statistically, I think we have a hundred Tunisian operators established in Morocco and thirty Moroccan investors in Tunisia. Many of whom date back to the pre-revolution, but others came after the revolution. These figures are insufficient to either side bearing in mind the potential of two countries. What reading to make? Investor appetite? The business climate? The socio-political context? Probably a mixture between these and other elements. It is also clear that revolutions are not generally the best times to invest and this especially because of the socio-economic problems that will surely soon be behind us. Our belief is, in any case, that Tunisia is a country full of potential, not only for the Moroccan investment, but for all the foreign direct investment. Tunisia needs only just a few time to regain its attractiveness for investment.

Having said that, pending the implementation of all agreements signed during the visit of His Majesty Mohamed VI in Tunisia, the trade balance remains negative for Morocco.

The trade balance is actually negative for both countries, especially as the volume of trade between the two countries remain minimal and focused on a few products. Economically, the two countries have traditionally positioned themselves on the same products and both economies are still seen, unfortunately, more competitors than complementary. Hence the interest of the royal visit is to give impetus to the complementarity between the two countries like for example for tourism or phosphate. In any case this is our creed In Attijari Bank and our directives focus on supporting the two countries’ companies in a spirit of complementarity and search for common values added. We have demonstrated it in the recent Tunisian trade missions in Africa, and we tried to take advantage of the subsidiaries that are in these African countries and agreements signed by Attijari Bank during the last royal visit, like the credit line with QNB or the guarantee mechanisms for Tunisian SMEs. All obviously poured into an all-out search for synergies between the two economies.

Can we, as such, have an idea about the activity of your business bank “Attijari Finance” or you SICAR in this direction?

Business bank agencies exist in Morocco and Tunisia, and many businessmen have recourse to them, especially in their search for investment opportunities, more so that we provide a real Chinese wall between investment banking and commercial banking so that promoters can work in peace. In the SICAR, we are focusing on different multisectoral projects. The dynamic is certainly less pronounced than before the Revolution, but there is large number of projects of various sizes on which our SICAR is present, such as the dairy plant in Sidi Bouzid, to name a few.

Of course, it recorded a very good result, with an NBI of 251 MTD in two-digit increase to 17%, a net profit of 82 MTD, i.e. 49%, reflecting the great vitality of the bank that also improves its performance indicators and meets all the regulatory ratios.

So it seems that the crisis never existed for you!

I must say in all modesty that Attijari is now a model. It is a bank that continues its business development and the parent gave instructions on the morrow of the revolution, not to change anything, neither the budgetary approach nor the approach to network expansion.

Instead, we were given instructions to do everything possible to support economic operators of both countries. We became the first banking network in Tunisia, our deposit collection machine, with costs that are not prohibitive, works properly, we continue to distribute funds in support of the Tunisian economy where our loans increased by 5% despite some effects associated with large debt repayments and we properly manage our collection.

Of course, the whole is supported by an organization well adapted to our context putting the customer at the center of our concerns and staff at best standards, well involved and concerned about providing the best service to our clients. All this explains the performance of our bank.

How much the BCT circular on mandatory provisioning cost you?

We are, actually, seeing this year the effects of this new circular. It cost us 44 MTD on previous years and 7 MTD for the year 2013. These are certainly significant amounts, but the good financial capacity of the bank will make it relatively easy to absorb without any impact on regulatory ratios where we are among the few banks to observe full compliance.

What do you think about calls for the restructuring and recapitalization of Tunisian banks?

To speak generally, in the banking landscape in which we live, it is clear that we are too many, private and public, compared to the size of the economy, with practices that are not necessarily identical and approaches different in terms of risk, customer relationship or profitability.

Regarding the issue of recapitalization, I would say that everyone should agree on the need to have the means to achieve ambitions, which does not always seem to be the case today for all local operators.

What do you think of projects such as the lifting of bank secrecy or cap on transactions in bank notes?

Apart from all this, we must recognize today that the informal sector is too important in the Tunisian economy, that there is a lot of money, beyond the banking sector and we should always take into account the laws relating to money laundering and its interactions with terrorism so that the financial system would never be partner to such things.

The real problem remains that there is a lot of money, beyond the banking system. The way such measures as the lifting of secrecy or cap on transactions in bank notes can be interpreted may accelerate the phenomenon of capital flight from the market and therefore has an adverse effect. If such measures must be taken, they could be probably be accompanied by other measures such as tax amnesty. I think, in any case, there is first need to organize a global reflection on the subject so as to make sure of its totally positive impact on the market.