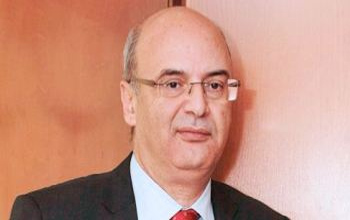 Great good news has just been announced: 955 million dinars, or 191% of the expected amount have been raised in the context of the national bond issued by the Tunisian government since May 12. An amount that far exceeds the expectations of the Ministry of Economy and Finance, which had contented itself with just 500 million dinars after having initially planned $ 1 billion dinars.

Minister of Economy and Finance Hakim Ben Hammouda, obviously very optimistic and pleased with the success of the national loan, said at a press conference held Friday, June 20, 2014, at the seat of the Tunis Stock Exchange, the collected 955 MTD could easily double during the next period given that this amount was set at June 13 and subscriptions to the national bond will remain open until June 27.

These funds will be transferred to the budget of the State and a large part will be used to boost investment and development, according to Hakim Ben Hammouda.

On the details of the amount collected from May 12 to June 13, the Minister said during the first week, only 83.8 MTD (9%) were mobilized, while during the second and third week, the ministry collected 77.2 MTD (8%) and 120.8 MTD (13%), respectively, highlighting that subscriptions to the national bond have registered a rising trend from the third week to more than double, during the fourth week, 445 MTD (47%) and 228.1 MTD (24%), during the fifth week.

Participation of category (A) was, however, less important with only 50.5 MTD (5.3%). This category includes individuals with a repayment term of 5 years, including a year of grace for a nominal value of 10 dinars per security).

The Minister said that the number of subscribers to the national bond has reached 27,000, including 26,133 individuals (13 foreign, 13 non-resident Tunisians, 25,447 Tunisians and 660 through Islamic finance), thus representing 53MTD, i.e. 6% of the amount raised.

The number of entities involved in this bond was, however, 867, including 18 banks, 21 insurance companies, 35 mutual funds and 793 other companies). The cumulative sum is 902MTD, i.e. 94% of the national bond collected until June 13.

The Minister welcomed, in this regard, the role of the media for raising awareness about the national bond and covering and monitoring the process of subscription and for the free campaign they have conducted for the national bond.

As a reminder, the Ministry of Economy and Finance decided on June 13 to extend the subscription period to the national bond, until June 27, 2014 for Class A restricted to natural persons.

This decision was taken following the high contribution recorded to the subscription to the national debt.

Dubai 67th most expensive city in the world