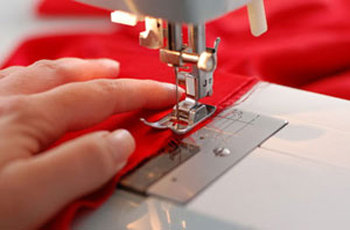 The value of Tunisia’s textile and clothing sector exports and imports have increased by 8.3% and 6.3%, respectively in October 2015, compared with the same period in 2014, Minister of Industry, Energy and Mining Zakaria Hamad said on Thursday.

Speaking at a national day on the theme “which strategy of the development of the textile and clothing sector,” Hamad pointed to the fall in the sector’s exports which amounted to EUR 1,855.5 million in the first ten months in 2015, down 4.1% compared to the same period in 2014.

As for imports, they dropped 0.8% until the end of October compared to the same period in 2014.

The minister called on all stakeholders to work together to identify the future orientations of the textile and clothing sector which is the foundation of the Tunisian industry and contributes up to 25% to the overall exports.

He spoke of international and national challenges faced by the sector, particularly social demands, strikes in companies and the spread of parallel trade.

Hamad also pointed out that the ministry has established a strategy to preserve companies and their longevity through the reactivation of the firms’ restructuring fund.

This programme will affect 50 companies until 2016 with the cost of nearly 10 MTD, besides the opening of a laboratory responsible for consumer safety at the technical textile and clothing centre (CTTH) with a cost of 1.1 MTD.

Nearly 1,780 companies operate in the textile and clothing sector, i.e. 32% of the total industrial companies, knowing that garment companies account for 77% of the sector’s overall companies.

Textile and clothing companies provide 176 thousand direct jobs (34% of the total jobs in the industrial sector) and 75% of these companies’ production is for export.

Tunisia is the third supplier of European countries in Jeans, second provider in swim wear and 5th in lingerie.