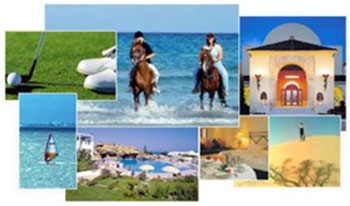 Tunisia has undeniable strengths in terms of tourism. Everyone agrees that it has beautiful landscapes. It offers a great wealth with its traditions, on the one hand, and culture, on the other.

The Mediterranean climate gives it an added advantage to attract German tourists. It must preserve this precious capital. But it must resolve, at the same time, some problems such as the need to improve infrastructure and the establishment of security. However, German tourists are basically very attracted to our country. They are much more extravagant than others. German customers have, moreover, the record in terms of length of stay in Tunisian regions. In sum, the German market has been and will remain for a long time one of the most important markets for Tunisian tourism.

The Ministry of Tourism expects the arrival of 480,000 German tourists in 2014, up 10%. Contacted by Africanmanager Abdallah Laabidi, international relations advisor said it is difficult to attract such a large number of German tourists because of two main factors: the first is the travel alert posted on the website of the German Ministry of Foreign Affairs on “deteriorating security climate in Tunisia” (events of Sousse, kidnapping, explosions, the existence of zones that are not secured by the army, danger in border, terrorist movement Ansar Al-Sharia… The second relates to the modesty and degradation of the Tunisian hotel infrastructure.

Here is the link: http://www.auswaertiges-amt.de/DE/Laenderinformationen/00-SiHi/TunesienSicherheit.html?nn=389532

However, Director of the Observatory of Tourism, Afif Kchouk, was optimistic, saying, in this connection, that Tunisia is able to attract 480,000 German tourists this year. He further denied the information, according to which, the website of the German foreign ministry warned its citizens not to visit Tunisia.

It should be recalled in this connection that in 2011 the German market posted a 41% decline in tourist flows to Tunisia since, during the same year, only 270,000 tourists chose Tunisia against 458,600 in 2010.

There is unanimity as to the need to develop communication and promote advertising to attract tourists who are slightly overcautious due to the current situation in Tunisia.

And in this regard, there are two types of approaches. Working on the image of Tunisia is the first step to achieve that goal, while the second step involves the promotion of the tourist destination.