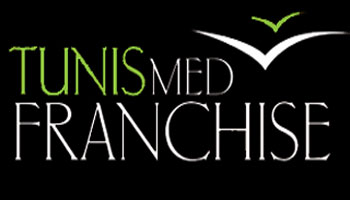 An American fund of $ 50 million, or about 75 million dinars (MTD), will be available to Tunisian franchisors.

Reached by phone on Thursday, February 21, 2013, during a press conference held by the Chamber of Commerce and Industry of Tunis (CCIT), to present the fourth edition of “Med Franchise 2013,” James Pickup, President of the Middle East Investment Initiative MEII (USA), noted that this project, whose actual start is scheduled for July or August of this year, is currently the subject of negotiations in U.S. banks.

This guarantee fund will provide support to young Tunisian franchisors to help them develop and expand their fields of activity whatsoever with American, African, Maghreb or European franchisors.

James Pickup has also indicated that several American brands could franchise in Tunisia. On the names of these brands, the manager did not want to give more details, stating, however, that franchising will involve three main areas, namely training, food and retail, adding that it remains dependent on amendments to the legal framework governing this activity in Tunisia.

About reasons prompting the Americans to launch such a fund in favor of Tunisian franchisors, James Pickup said that “Tunisia enjoys a strategic location allowing it to be a platform for the Maghreb and for Europe.”

For his part, the President of the Chamber of Commerce and Industry of Tunis said that Tunisia will open up some other sectors to franchising by next March. However, he said that nothing is clear to date. “We hope that these announcements will be official and that things evolve positively,” he said. According to him, only 26 sectors are allowed to be franchisees.

The “Tunis-Med Franchise” Exhibition, which was the main theme of this meeting, will be organized by the Chamber of Commerce and Industry of Tunis (CCIT) from February 27 to March 1, 2013 in the seat of UTICA.

Through the organization of this event, the CCIT is expecting 40 exhibitors and 2,500 visitors.

For foreign brands, we will record the participation of Canadian Tutor Doctor, French “Pano Boutique” and the U.S. Embassy.

In choosing the slogan: “Franchising: A Bright Future,” the CCIT wants to make this edition a real reference point to learn about development of franchising in Tunisia and around the world.

The aim of the exhibition is to introduce the practice of franchise in Tunisia as a successful model of economic development. It also seeks to help young entrepreneurs to start their own projects with the aim of boosting the Tunisian economy.

Nigeria to generate electricity from coal