HomeFeatured NewsTunisia: A growth rate of 4% is pure conjecture, according to experts
Featured News

Tunisia: A growth rate of 4% is pure conjecture, according to experts 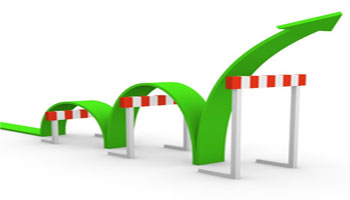 Recently, Director of the National Institute of Statistics (INS), Jallel Eddine Ben RJEB showed optimism, considering that Tunisia could achieve a growth rate of 4% by the end of 2013.

This statement has generated much controversy especially with the contradiction noted in figures between that institute and other labor and employers’ organizations that have sounded the alarm about the seriousness of the current situation.

Several experts were consulted by AfricanManager to know their opinion.

Fethi Nouri, an economics expert said it is difficult to achieve the estimated growth rate of 4% in this difficult environment marked by political instability and “twin” deficits. However, there is agreement between representatives of the economy that Tunisia could achieve a growth rate of around 3.6%.

Fethi Nouri said that estimates of the INS are based largely on the calculation of GDP by sector contribution.

A growth rate that does not exceed 2% by year-end

For his part, Karim Ben Kahla said he was pessimistic for the rest of the year as a result of a crisis that is getting worse. “I see only 2% and we will not probably believe it.”

“Despite the stability and social peace that marked the first half, Tunisia is now facing a crisis of confidence at the national and international levels where Tunisia remains unable to meet its commitments with donors such as the IMF and the World Bank, “he insists, adding that” it is now expected that other rating agencies further lower the ratings of Tunisia. This is expected in this situation.”

This view is shared by economist Salah DHIBI who emphasizes the impossibility of achieving this rate in this climate of uncertainty. He suggests the revision of growth rates reported by the INS in the first half, i.e. 3%, which has caused much ink to flow.

For his part, Abdessatar Mabkhout, academic, believes that the estimates are accounting approaches, saying that “some activities may technically be part of this process. But if we look at the quite disastrous political situation, generating malfunction of the Tunisian economy, we can conclude that it is difficult to reach the figure expected in such a situation where everything is in place to block and hinder the process.”

Abdessatar Mabkhout does not see an improvement in the situation by the end of the year. Growth, according to him, will not be possible in the absence of political indicators to achieve this figure.

As a solution, Abdessatar Mabkhout recommends a political truce for a period of six months with law enforcement to deal with it. “Today, it’s time to stop political infighting which is imperative to be able to get the machine running. In addition, I think the government is called upon to apply the law especially with regard to the payment of taxes to get out of the rut. ”

Manufacturers will benefit from the economic recovery in Europe

Despite this climate of pessimism; hope is still there, says Fethi Nouri, highlighting the European economic recovery.” “Our industry must seize this opportunity to increase our market share. This will restore a breath of hope to our economic balance, “said the economics expert, adding that” this could help reduce the current account deficit and stop the depreciation of our currency, which would subsequently boost our economy.”

“We can keep hoping if there will also be immediate and urgent solutions to save the national economy which is collapsing.”