Tunisia: Assad, partners with Abraaj, unveils its batteries for Africa 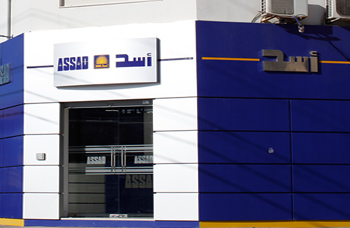 For Tunisian accumulator manufacturer “ASSAD” growth can only come from outside. Expansion requires the assistance of a fund able to lend its expertise and experience in international markets.

To do this, a partnership was built with the Abraaj Group. On this occasion, a financial communication was held on Thursday, September 18 at the headquarters of the Tunis Stock Exchange.

Souheil Kallel, CEO of the company said this partnership is of particular significance in that it serves as an important medium to follow the expansion of the company in the region and eventually get the funding from large organizations while leveraging the expertise of this group.

This partnership is expressed through the subscription by the investment fund Abraaj of 25 million dinars in the form of convertible bonds, representing an entire reserved bond issued by Assad.

The maturity of the loan is 6 years from the closing of the subscription, plus interest of 8.25% per annum. The minimum period of presence of Abraaj (Lock up period) is 3 years. The bonds can be converted into new shares Assad, at the request of the subscriber to a value that will depend on the rate of completion of the Business Plan (as measured in relation to the average gross operating income over the two years preceding the conversion). The operation was directed by Axis Capital.

In relation to the debt, the new partnership offers a better financial flexibility due to the lack of reimbursement for a period of 6 years, to strengthen the working capital and the possibility of conversion involving no reimbursement.

A North African leader, why not?

With this kind of partnership, the ambition of the company is clear. It is becoming a regional leader in North Africa, in the border areas and occupying a dominant position in each target market.

In this context, Souheil Kallel said that the funds raised will be used in particular to develop the industrial and commercial activities in Algeria, settle in the Moroccan market through the creation of a subsidiary specializing in the manufacture and marketing of starter batteries. He took the opportunity to announce that works of the creation of this subsidiary have well advanced with the implementation scheduled for the end of the year

What is the purpose of this kind of partnership?

For his part, Adel Goucha, Director of Abraaj Capital said “Assad” is set to become a regional leader, thanks to strong collaboration with the group already present in 4 continents of the world with 30 offices.

Moreover, “the choice of Assad was not arbitrary since the company claims a strong financial performance with a strong track record of growth and profitability and attractive development prospects on the North African markets,” he said.

Today’s financial communication was an opportunity to review the achievements made by the accumulator manufacturer lately.

With these encouraging signs, the company aims to become a leader in Africa in terms of sales, market share and quality of service.

This requires achieving better performance to meet this challenge. An action plan was actually implemented, based also on improving profitability and strengthening presence in Africa.