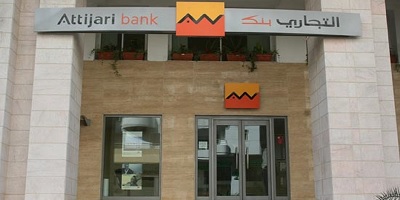 According to the draft resolutions to be submitted for the approval of the Ordinary General Meeting (OGM) to be held on April 20, Attijari Bank proposes the distribution of a dividend of around 1.2 dinar for the 2017 financial year, against a dividend of 2 dinars for 2016.

The reduction in the amount of dividends distributed is certainly correlated with the constraints of respect for the capital ratio.

After years of generous distribution, at the end of 2016, the bank posted a solvency ratio of 10.66% for a regulatory minimum of 10%.

This capital increase is carried out by the creation of 993,707 new shares with a par value of 5 dinars each, to be allocated free of charge to the shareholders owning the 39,748,290 shares participating on January 1, 2018, at the rate of 1 new share for 40 old shares.

Tunisia: multi-sector prospecting mission in Tripoli from June 30 to July...