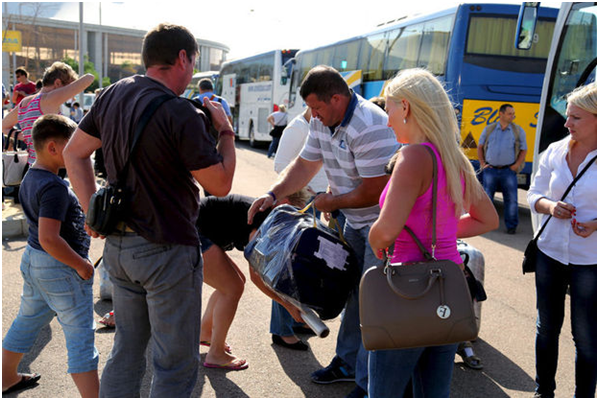 The tourist season in Tunisia looks promising and will experience a remarkable return of the European market, especially the Belgian market.

It is in this context that after a meeting in Brussels between the Head of Government, Youssef Chahed and his Belgian counterpart, Charles Michel, it was decided, Thursday, April 26, 2018, to increase the flow of Belgian holidaymakers to Tunisia from 25,000 to 50,000 tourists.

The meeting, according to a statement released by the Prime Ministry also discussed relations between the two countries and ways to strengthen them in various sectors.

In February 2017, the Belgian Ministry of Foreign Affairs again authorized its nationals to travel to Tunis and on the coastal axis of Hammamet, Nabeul, Sousse, Monastir, Mahdia and Bizerte.

On the other hand, it warned against traveling in the border areas with Algeria and Libya. This decision was taken after “observing a change in security” in Tunisia.

Nevertheless, and until now, many Belgians came to Tunisia from France or the Grand Duchy of Luxembourg, where the advice to travelers was not negative!

To confirm the growing attractiveness of the Tunisian destination for Belgian tourists, the Ministry of Tourism, in collaboration with industry professionals, has announced the implementation of an innovative strategy, including strengthening of promotional campaigns to attract a large number of Belgians, knowing that the average Belgian tourist spends €2,500 per year per household. This is one of the largest budgets at European level.

The Ministry of Tourism has recently announced that from January 1 to April 20, 2018, Tunisia has welcomed nearly 1.7 million tourists, up 19% compared to the same period of 2017; this figure is even higher than the one recorded in 2010.

The country has recently seen a resurgence of passenger traffic and tourism, thanks to the decrease in security fears and the lifting of travel bans by many European countries.

On the other hand, the sector still faces structural problems and needs a good diagnosis to promote it, considering the imperative to put in place an action plan to diversify the tourist product.

AU Commission and Committee of Intelligence and Security Services of Africa...