HomeFeatured NewsTunisia: BH, the bank that has self-financed its recovery and cares about...
Featured NewsInterview

Tunisia: BH, the bank that has self-financed its recovery and cares about SMEs 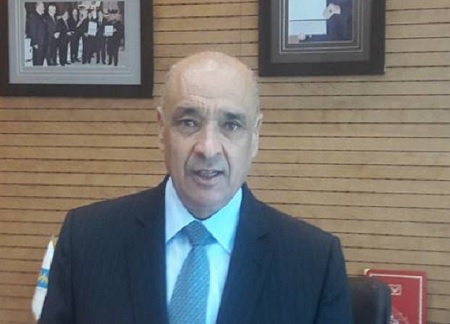 In the age of 56, CEO of the “Banque de l’Habitat” (BH) Ahmed Rjiba, is a pure product of the Tunisian banking sector. Master in Business Administration, graduated from the Institute of Banking Techniques, in Paris, he later worked for the largest banks of the place, starting from the BFT, before joining the Arab Tunisian Bank 1989, then the Zitouna Bank before returning in 2011 to the ATB which he left for BH to make of it, in a few years, the only public bank to successfully recapitalize by its own resources.

The renowned banker he has become, he must certainly owe it to this conviction of the “need to support our SMEs and continue to stimulate investment through the acceleration of major reforms already scheduled and mainly the economic emergency law,” as he told AfricanManager.

The bank has just closed the 2017 financial year making profit. What were the highlights and the levers of this growth?

The performance achieved in 2017 is thus a continuation of the bank’s recovery actions initiated since 2014. It is the result of a growth in activity in compliance with prudential regulations and best practices in the area of risk management. They also reflect the consolidation of the bank team’s recovery efforts in an environment marked by a difficult economic situation in recent years.

It is important to point out at this level that our goal is to sustain and consolidate the good performances hitherto achieved through a development plan that highlights the satisfaction of the needs of our customers and the consolidation of our capabilities in risk management.

What was the share of the assimilated treasury bills (BTA), accounted for in this profit?

BH’s BTA portfolio at the end of 2017 represents 12% of the total assets of the bank. It is the liquid asset amount used to manage the liquidity coverage ratio (LCR) and a counterparty that allows refinancing with the Central Bank of Tunisia.

Revenues generated by this BTA portfolio represent 11% of the bank’s total operating income for 2017, compared to 82% of revenues from the traditional credit activity (interest and commissions).

How did the bank’s key ratios, including liquidity, risk and NPL, behave?

The year 2017 was marked by a continuous improvement of the various indicators of the bank related to the quality of the portfolio of receivables with a share of classified claims which went down to 13% against 15% in 2016 and 22% in 2013 and a rate of coverage of these classified claims by provisions of 78% against 76% in 2016 and 63% in 2013.

The liquidity situation in BH has been affected by the liquidity tensions observed on the market in recent years. It should be noted at this level that the cash position is set to improve following the mobilization of a line of € 120 million from the EIB and the continuation in 2018 of challenge actions with the agencies to further develop the collection of deposits with customers, knowing that these challenge actions have led to a 14.4% growth of deposits in 2017 compared to 2016 with a completion rate of 152% of the objectives of the year.

How much does BH depend on the BCT for refinancing and liquidity injection?

The BH continues to support the national economy through financing, mainly business-oriented, for outstanding loans, which rose by 23.3% in 2017 compared to 2016 with a completion rate of 170% of the year’s objectives.

This increase in lending to the economy, more important than the rise in the collection of deposits, forced the bank to resort to refinancing with the BCT, and this, like all major banks in the place.

This recourse to the refinancing with the BCT makes it possible to avoid overbidding on the deposits observed in recent years on the banking place.

What is the bank’s position in financing the economy and in which niches in particular?

The year 2017 was marked by a continued development of the economy financing activity for the fourth consecutive year to reach outstanding loans of 7,736MD, up 23.3% over 2016, allowing the bank to rank third among local banks compared with ninth in 2013.

69% of this funding goes to businesses and 31% to private individuals. The service and industry sectors continue to capture the largest shares of the bank’s loans, accounting for 38% and 27% respectively at the end of 2017, with a particular focus on SMEs and large groups operating in growth sectors, such as packaging sectors, the pharmaceutical industry, ICT … and investments in energy efficiency.

Financing of individuals in general and housing loans in particular continue to be the core business of the bank. The enrichment of the products aimed at this segment and the ongoing quest to improve the quality of services will help maintain our leading position in this market.

Which progress has the bank’s financial restructuring plan made?

The recapitalization carried out in 2015 after the full audit mission was aimed at enabling the bank to comply with the prudential standards set by the BCT. It involved a budget of 110 MD with a reinforcement of additional equity through a subordinated loan of 90 MD.

A second capital increase was carried out in December 2017 for an amount of 102 MD. It comes in response to a need following a development of credit activity more important than forecasts. It also makes it possible to cover the additional needs resulting from the regulatory changes and mainly the capital charges to cover the operational risk and the market risks as well as the contributions of the deposit guarantee fund.

To date, the objectives of our financial restructuring plan have been largely achieved. BH complies with all the standards of division and coverage of risks enacted by the BCT.

We reached a share of classified claims by 13% against a target of 15.5% for 2017, which was decided during the preparation of our 2014-2019 business plan as part of the Full Audit mission. We also consolidated our risk management capabilities with the successful completion of construction of a business rating model.

What will be your roadmap for the next period?

The next period will be dedicated to the further implementation of the 55 projects scheduled in our restructuring plan which has reached a progress rate of 66% so far.

The focus will be on the implementation of the bank’s ERP, currently in the advanced phase of the choice of the solution.

We will also continue to set up our new organization and redesign the resulting process, with special attention to the project to strengthen the internal control system, which is progressing to date within the set deadlines.

In addition, we will continue to support our clients in their activities through appropriate financing to meet their needs.

The BCT has recently increased its key rate, thus impacting the cost of credit. Do you think this could impact the bank’s credit and investment activity?

This increase in the key interest rate for the third consecutive time in two years comes at a time marked by high inflationary pressures. Officially, the objective is to control the credit activity and ease tensions on liquidity.