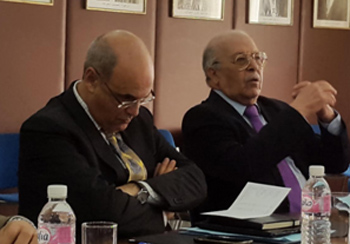 Minister of Economy and Finance Hakim Ben Hammouda said Wednesday at a joint press conference with the Governor of the Central Bank of Tunisia (BCT) Chedly Ayari, the launch on Tuesday of a bond on the international capital market of USD 1 billion “shows Tunisia has regained the confidence of major investors.”

He said discussions with major investors, which continued Monday and Tuesday, revealed the degree of optimism about the future of Tunisia in particular after the completion of the peaceful democratic transition.

The purpose of this operation was to raise $ 500 million, but we were surprised “by orders of USD 4.3 billion (nearly 9 times the Tunisian request), expressed by 277 investors around the world.”

“We chose to raise $ 1 billion granted by the 10 largest international financial institutions,” the minister said.

He recalled that the interest rate of 5.75% applied to this loan is not high compared to the economic situation in Tunisia and pointed out that the amount of the credit will go to financing the budget deficit estimated to 7 5 billion dinars.

Ayari, for his part, said the debt ratio of Tunisia remains “normal” compared to other countries that have higher sovereign ratings.

The internal and external debts of Tunisia account for 52% of its GDP, while the external debt ratio is around 46% of GDP, he further indicated. “Tunisia is committed to repay its debts on time,” the Governor of the BCT said, calling “not to inflate the debt figures.”

Ayari has called on all parties “to return to production and exports to reduce the trade deficit (which reached in 2014 nearly 13,635,900,000 dinars), with the strengthening of savings, whose rate did not exceed 13% of GDP, “adding that the own resources of the state budget “cover only 70% of the needs.”

South Africa and Thailand to Sign MoU on Investment

Tunisia: electronic platform for retail trade to be implemented from 2016