Tunisia: Bukhair Group says it will not leave 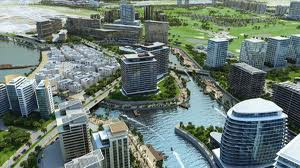 Bukhatir Group’s business activity has not stopped and will never stop at the level of studies, Executive Director of the project, Victor Shenouda told newspaper “Achourouk” on the sidelines of a meeting with the national union chamber of real estate developers.

About the delay in the project implementation, he invoked “reasons beyond the control” of the group, related to administrative permissions on connection to the public as well as technical proposals on an alternative development plan, announcing that the company has completed the infrastructure works.

Victor Shenouda reiterated the Bukhatir Group’s eagerness to go ahead with the project, denying “rumors spread by malicious sides,” adding that the priority will be given, in the next period, to sport complexes and the golf course, as soon as the necessary administrative authorizations will be obtained, emphasizing the importance of the Tunisian labor.

Tunisia: everything went up in September, even education