HomeFeatured NewsTunisia – cabinet reshuffle: the outgoing, the survivors, the wildcards and the...
Featured News

Tunisia – cabinet reshuffle: the outgoing, the survivors, the wildcards and the rookies! 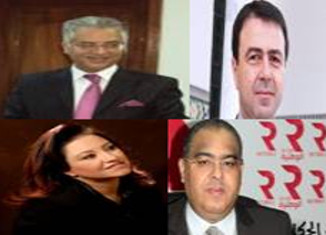 The cabinet reshuffle has become official. A first reading through figure indicates a reduction in the members of this government. It was composed of 42 people (28 ministers and 14 state secretaries). They are now only 30 ministers, including the prime minister. It no longer has any secretary of state. The new government of Essid saw the departure of a few officials and the appointment of others. Others were kept in office.

7 ministers lost their portfolios. There are Najem Gharsalli who would be appointed Tunisian ambassador to Morocco, Taieb Baccouche whose fate will be played out next Monday in Sousse at the next congress of Nidaa Tounes, Othman Battikh who could become Mufti of the Republic, Ammar Youmbaï for whom nothing would have been projected though Essid owes to him the social peace, Ahmed Zarrouk whom few people know and Ridha Lahouel who will return to the Ministry of Commerce elsewhere than in the 5th floor, not to mention the resignation, since last October of Lazhar Akremi and Mohamed Salah Ben Aissa.

Twenty ministers have remained in office. They are Farhat Horchani in Defense, Slim Chaker in Finance, Yassine Brahim in the Ministry of Development, Investment and International Cooperation, Hatem El Euchi in Public Property and Land Affairs, Chiheb Bouden in Higher Education and Scientific Research , Zied Laadhari in Vocational Training and Employment, Maher Ben Dhia in Youth and Sports, Saad Seddik in Agriculture, Nejib Derouiche in Environment, Zakaria Hamad in Industry, Mohamed Salah Arfaoui in Public Works, Salma Rekik in Tourism, Noomane Fehri in ICT, Said Aidi in Health, Neji Jelloul in Education, Samira Merai in Women and Children, Kamel Jendoubi in Relations with the Civil Society, Anis Ghedira who changes portfolio and is assigned the ministry of transport, Mahmoud Ben Romdhane changing portfolio and moving to the Social Affairs and Hedi Mejdoub rising in rank to the same Ministry of Interior, from State Secretary to Minister. The last three appear to be the wildcards whom Essid can put wherever he pleases.

They are basically two, the secretaries of state who were recovered after cleaning the entire part of secretaries of state from the first government of Essid and were even promoted. The first is Youssef Chahed who was secretary of sate for fisheries and changed status to become minister of local affairs in replacement of Hedi Mejdoub. As for the second, he is Najmeddine Hamrouni, former secretary of state in charge of hospital upgrading who moves from Bab Saadoun to El Kasbah. The Nahdaoui has become Essid’s adviser.

Eight new ministers make their entrance at Essid government. In majority, they are rookies in politics. They will make their first classes with Essid. These are, first the former governor of Ariana Omar Mansour, Khemaies Jhinaoui who moves from Carthage to the Hilton, headquarters of the Ministry of Foreign Affairs, Sonia Mbarek, who moves from the stage (singer) to the Ministry of Culture, Mongi Zarrouk who makes a comeback to the government from the Troika and was assigned the mines and energy portfolio, Mohsen Hassen who moves from private business to Commerce, Mohamed Khelil who takes up Religious Affairs, Kamel Ayadi passing from theory to practice in the fight against corruption and Khaled Chouket passing from the corridors of power in Nidaa Tounes to the very temple of power.