Tunisia: Carthage Cement revenues up 9% in 2015 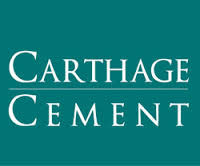 Carthage Cement continued its positive development at the end of 2015 in its three activities and closed the year with a turnover of over 184 million dinars against 169 MD the previous year, i.e. a growth of + 9%. This is what was stated at the AGM of the company which is being held in Tunis.

For the aggregates business, turnover has also increased by 18% compared to the previous year and reached 19.130 MTD against 16.913 MTD a year earlier.

This is the same for the ready-mix activity, which recorded a growth in turnover of 9% compared to the previous year, rising from 18.640 MTD to 20.293 MTD.