Tunisia: Chinese tourists up 10.1% this year 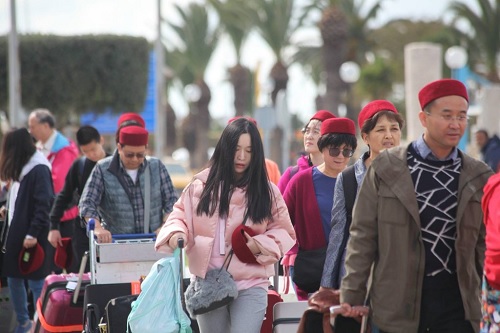 The total number of Chinese tourists who visited Tunisia until August 10 this year has increased by 10.1% in one year, reaching 18,935, said the Ministry of Tourism and Handicrafts.

According to official statistics, the number of tourist arrivals in Tunisia amounted to 5.44 million, an increase of 12.8% compared to the same period of last year.

The data showed that the increase is mainly due to an 18.8% increase in the number of tourists from Europe.

The ministry added that the number of Maghreb tourists visiting Tunisia during that period grew by 12.4% compared to the previous year.