HomeInterviewTunisia: closure of border with Libya is very serious political mistake, according...
Interview

Tunisia: closure of border with Libya is very serious political mistake, according to Houcine Dimassi 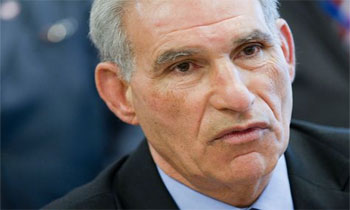 Former Finance Minister Houcine Dimassi has granted Africanmanager an interview in which he pointed out that the breakdown of economic and financial exchanges with Libya is not a new phenomenon, saying, however, that the current breakdown is of much concern as it is likely to last much longer.

With regard to the total closure of borders with Libya, he said in his opinion this is a very serious political mistake and ultimately a social and economic one. This way of managing the crisis is unacceptable primarily for humanitarian reasons: closing the borders to humble civilians fleeing desperately fears of civil war means exposing them to deadly risks.

The situation in Libya has continued to deteriorate, what effects on Tunisia, in particular at the economic level?

The breakdown of economic and financial trade with Libya is not a new phenomenon. Because of a purely political conflict with Gaddafi, our country had had to suffer the devastating effects of this breakdown especially during the periods 1976-1981 and 1984-1987.

However, the current breakdown is much more worrying because it may last much longer. The civil war that seriously threatens our neighbor could also break it into several provinces difficult to be contracted with durable and robust economic exchanges. In short, the loss of this valuable partner risks becoming structural whereas it was cyclical before. This dramatic trend could make more complex our current economic difficulties including the unprecedented scale of our deficit.

The Minister of Foreign Affairs raised the possibility of closing the borders with Libya, do you agree with his decision?

The total closure of our borders with Libya is in my opinion a very serious political mistake and ultimately a social and economic one. This way of managing the crisis is unacceptable primarily for humanitarian reasons: closing the borders to humble civilians fleeing desperately fears of civil war means exposing them to some deadly risks, especially as Egypt has already partitioned borders with that country. Then, do not forget that thousands of Tunisians are still in Libya. In case of complete closure of the borders, they could be victims of actions of revenge and retaliation. Similarly, the closure of three customs points with Libya could promote anarchic infiltration across hundreds of border kilometers which are difficult or impossible to control. Finally, such decisions must take into account our future relations with this neighbor that nevertheless remains vital for us. People rarely forget those who betrayed them in periods of deadly threats. In any case, despite the hard cost to bear, our country has always opened its borders to our neighbors in difficult times: our Algerian brothers during the war of liberation, and our Libyan brothers during the conflict with the Italian and the uprising against Gaddafi.

What do you propose as a solution to this crisis?

Obviously in these days, the management of this crisis is not easy. Our internal environment is also abnormal at all levels: political, security, social, and economic. Large waves of refugees from Libya, in addition to the preceding, could make the task harder and more complicated for our leaders (security, compensation, education, health, housing, etc…). But closing borders without careful consideration may generate for our country, now and also in the future, serious threats and challenges. The least bad solution is to leave the borders open and tighten the three customs control points especially that of Ras Jedir, the objective being to minimize the infiltration of weapons and more importantly terrorists. To make the reception of Libyan refugees manageable, it is necessary this time to appeal, at least momentarily, to foreign aid (rich foreign countries and international organizations.). Alone, our country would not be able to meet this challenge, for several reasons including our fiscal difficulties and shortcomings in accommodation.

Foreign Minister Steinmeier on the conclusion of the negotiations on a...