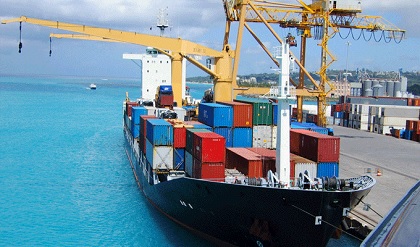 The current account deficit recorded a historic record of 10.7 billion dinars, or 10.1% of GDP At the end of the first eleven months of 2018.

The analysis published Monday, December 24, 2018 by the Central Bank of Tunisia (BCT) presented the developments that resulted in a significant deterioration of the current account deficit.

Indeed, during the first eleven months of 2018, the deficit of the trade balance reached 17.3 billion dinars, against 14.4 billion at the end of November 2017.

The deterioration of the deficit, compared to the previous year, is the result of the significant rise in imports by 9.2 billion dinars to 54.5 billion dinars at the end of the first eleven months 2018, against an increase of 6.2 billion in export earnings bringing their level to 37.1 billion dinars over the same period.

In real terms, total exports grew by 3.9% after 3.8% a year earlier, driven mainly by agricultural products.

Excluding food and energy, the growth rate of exports at constant prices slowed down to 0.2% compared to 3.1% in the first eleven months of 2017.

As for imports, the soaring international prices of raw materials and energy, combined with the depreciation of the dinar contributed significantly to the rise in the import bill.

In real terms, and apart from the energy sector, imports from the various sectors showed declines, albeit to different degrees, compared to the previous year’s achievements.

Total imports excluding food and energy fell by around 0.8% compared with a rise of 1.7% a year earlier.

The persistence of tensions on foreign exchange reserves has led to an increase in the rate of depreciation of the dinar against major currencies.

The dinar lost on average 12.9% of its value against the euro and 7.8% against the US dollar in the first eleven months.

Tunisia: flow of foreign investment down 33.7%