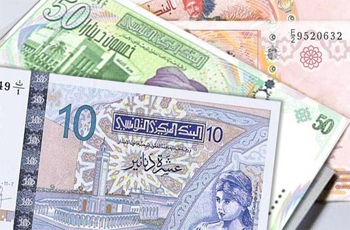 The Tunisian dinar has tumbled against the dollar and hit for the first time a record never reached of 2.010 TD during the morning of March 11, 2015.

This downward spiral has raised a very serious concern. In a statement to Africanmanager, former Finance Minister Houcine Dimassi explained this downward trend of the national currency against the US dollar by two factors: the persistence of inflation and the major imbalances in the trade balance resulting from the widening trade deficit and the decline in the competitiveness of the national economy.

Added to that cyclical developments due to falling exports of the crude fuel sector but also to lower exports of mining and derivatives sector. Both sectors have a very important role in the balance of trade level or that of the parity of the national currency.

He, in this context, called for the need to stem this decline through the implementation of urgent and immediate actions and reforms especially in the public finances, recommending, however, not to repeat the same mistakes committed over the last three or four years.

The former minister, from another angle, denounced the fact of proceeding with salary increases at a time when the economy suffers from a very low growth rate.

Regarding the increase in prices of raw materials and commodities in the light of the depreciation of the dinar against the dollar, Houcine Dimassi called for urgent action on production to control prices and prevent their surge.

“In the international market, a US recovery confirmation was seen, while at the European side, there are doubts about similar evolution,” said Moez Labidi, explaining that the suspension of four months for Greece may not provide positive answers to the structural problems of the country.

He explained that the expansionary monetary policy of the ECB, which involves injecting 60 billion euros each month until September 2016, may also be detrimental to the euro, while the euro / dollar parity hit a record low not seen since 12 years.

All this fuels inflation in Tunisia and causes a rise in prices of imported goods including raw materials and imported commodities, knowing that such property is denominated in dollars.

This will also limit, he said, the beneficial effects of lower oil prices. In addition, one can expect a rise in prices, according to him.

The euro is hampered by the launch on March 9, 2015 of the European Central Bank (ECB) expanded asset purchase programme against deflation, which will reach 60 billion euros per month until the end of September 2016, i.e. a total budget of 1.140 billion euros, until a sustainable adjustment be implemented to achieve the objective of control on prices in the euro area.