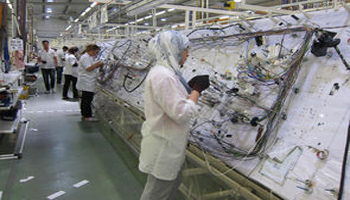 DRÄXLAMIER Tunisia has decided as of Tuesday, December 9, to suspend the operations of its production unit in Siliana, which employs 2,800 people out of a total of 9,000 employees in the group in Tunisia, following the attack of a security guard by former employees who stormed the factory.

The incident occurred amid a tense dialogue between the group and the basic union and the deterioration of the social climate in the plant.

Dräxlmaier reiterated in a statement reported by Tustex its keenness to ensure the safety of its employees and to foster a dialogue likely to promote a healthy climate.

Draexlmaier Group has been operating since 1974 via four companies based in Sousse, El Jem and Siliana, it is one of the world leaders in the automotive supplier sector with 50,000 employees, operating in products for the luxury car market, Audi, Mercedes, Jaguar, Porsche and Volkswagen.

Statement by IMF Managing Director Christine Lagarde at the Conclusion of...