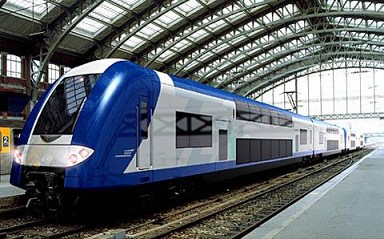 The European Investment Bank (EIB) has granted Tunisia a loan of € 83 million (249 million dinars) to support the construction and commissioning of the new Rapid Rail network (RFR) that will provide the city of Tunis with a new 17-kilometer rapid transit system.

This sovereign loan granted to Tunisia for the Tunisian Railways Company (SNCFT) will be repaid over 30 years with a grace period of 3 years and an interest rate of 0.5%.

It is co-financed by the French Development Agency (€ 16 million) and the German Bank for International Cooperation (KFW).

In concrete terms, this funding will provide for the purchase of 28 train sets needed for the new rapid transport system, in addition to financing the construction of new infrastructure essential to this network, such as a maintenance centre and additional parking areas at terminal stations.

Zied Ladhari Minister of Development, Investment and International Co-operation, Flavia Palanza, European Investment Bank (EIB)’s Director of the Central and South Eastern Europe Department and Silke Stratmann, Director of Energy and Logistics at KFW signed the loan agreement at a ceremony held Thursday in Gammarth, on the sidelines of the Tunisia Investment Forum (TIF) 2017.

In a statement to TAP, Flavia Palanza said the agreement, which aims to provide Tunisia with efficient infrastructure, is proof of EIB’s commitment to innovation.

“For the EIB, this is a very important project for two main reasons:

firstly, it responds to objectives shared by Tunisia and the European Union, namely the decongestion of the city of Tunis while offering the population access to sustainable and forward-looking public transport that will have a direct impact on improving their daily lives,” said the EU official.

As for the second reason, it concerns the environment since it is a question of financing a clean mode of transport that contributes to reducing greenhouse gases.

Tunisia: universal bank with 600 million TD Capital at end of...