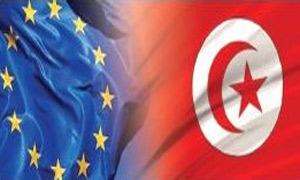 The European Union stands by the people of Tunisia in these important times for the future of their nation, and reiterates its support for the ongoing transition process. To that end, the EU, which has doubled it support since 2011, will increase its technical and financial assistance, and is ready to speed up various aspects of negotiations that will make it possible to improve Tunisia’s economic growth prospects, a statement of the EU Council of Foreign Affairs said Monday.

“Following the positive developments in Tunisia and in line with the spirit and the principles of the new European Neighbourhood Policy, the EU undertakes to strengthen its privileged partnership with Tunisia and its support for the social, economic and political reforms, in the service of the democratic aspirations of Tunisians.”

The Council also offered to the new government led by Mr. Mehdi Jomaa its best wishes for success and encouraged it to pursue the democratic transition in a climate of calm, in particular by means of an ongoing dialogue with all parties involved in the process, including civil society, with a view to organising free, inclusive, transparent and credible elections in a safe environment and as quickly as possible.

The EU reiterates its support for the transition process and its commitment to accompany Tunisia in preparing for its upcoming elections, which must allow the Tunisian people to choose their leaders freely.

Finally, the European Union invites the new government, in consultation with all social partners, to press ahead with the measures necessary to promote economic recovery and employment.

Saudi targets the sun for 30pc of energy needs